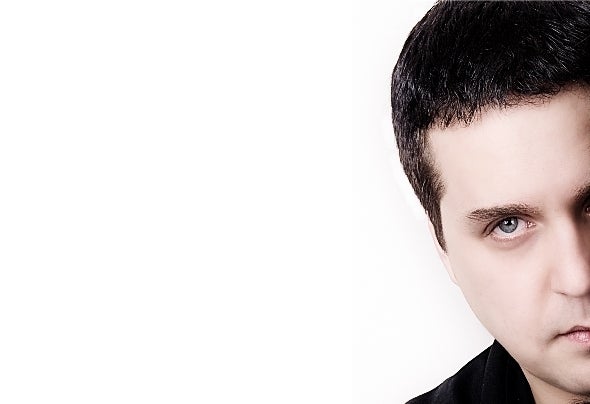 DAN CHI aka Daniel S., born in 1980, when electronic music in its infancy. Early in what will be one big wants, so you could describe him. The music accompanied him to whole life, he demonstrated the beginning of the 90s when he came to several school clubs his skills at Club 320 in Erfurt played. Dan Chi played the music of the 60s, 70s and 80s, no wonder that the way to electronic music was paved. Once he is on various parties, was the "Schacht" in Berka at him attentively. There he stayed some time as resident DJ. Eventually he wanted to be even something in the scene, started with a few people Hörsturz, organized parties and DJs took to the House an opportunity searched publicly once the Turntables to rotate. Among other things, collected Mister Dan Chi also has experience in the theme "How do I start a club?" So he built himself with the help of others to his own club, the "m.a.f.i.a." in Erfurt. His latest baby is a DJ community, in the name "Schalldruck- Music". Also in creativity, he is. In the so-called "SM-studio", he worked purposefully to their own projects. If it not not stop into his studio, he is for his music is not too far way! Until today he from town to town and sets in various clubs in order to be Audience with the finest sounds for your delectation.