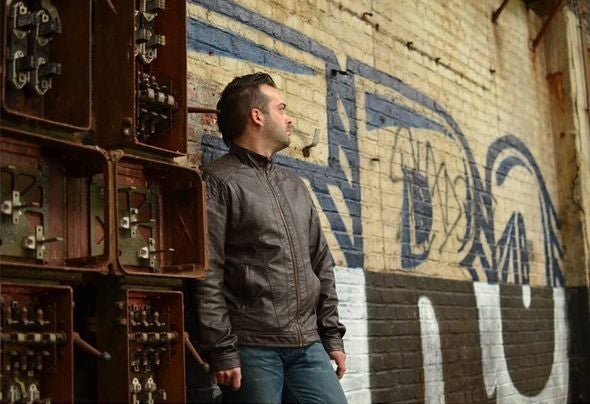 David Pereira is most probably one the hottest talent in Wallonie, his mixing a producer skills have be recognized home and far abroad. David has played his delightful eletro-tech in many of the most important parties and events in Belgium (I Love Techno, Techno Nation, Bunk-Tek, …) and his tracks have been played by the most revered djs in the world. He began mixing in 1996, at the age of 17, after several nights @ Extreme (Affliegem), where he had been really impressed by the resident, Phi-phi. He launched the TeKNightS concept in January '99, when he organized a party @ the Saloon (Bouillon) with DJ Zzino. Encouraged by the impressive the success of the party (the saloon packed to its very max capacity), he decides to organize parties at the Saloon on a regular basis. During one year and 25 parties, the south of Provincy Luxembourg will have the chance to dance on Belgium's best djs sounds, and a great team of residents : David Pereira, Bios and mr Tomaz himself. The Saloon parties are now part of the legend, and many people who attended a TeKNightS in the Saloon will always remember this special atmosphere In 2000, after leaving the Saloon, he decides to tour the south of the country with his TeKNight concept. David has organized a lot of successful parties since, and the best djs still enjoy playing at TeKNightS very much. David has built a very special relationships with artists like Marco Bailey, Redhead, Tom Hades, Zzino, or Tomaz. They all will reckon his musical qualities, and will often invite him to play at their events. Their artistic collaboration goes far beyond, as David has released tracks with the likes of Redhead, Tom Hades, or Tomaz. Tom Hades and David have also launched a very successful party crasher live & mix concepts that put some of the biggest Belgian events on fire. David's skills are also acclaimed outside our frontiers: he has been invited to play in two of Luxembourg's top clubs, 3plex and Cafe De La Gare, where he will return numerous times. He will also play several times in France and in Flanders biggest clubs. Beginning in 2003 with Bios and the hit Neve, David has started a very successful producer carrier, releasing more than ten EPs on labels like Corachi, Session, Pocket, Prise, … His electro-tech tracks are real peak-time bomb, and have been playlisted by the biggest djs. Either solo or in collaboration (Tomaz, Tom Hades, Key-o), David has a very personal sound and a superior sense of dancefloor that makes his tracks very special. David is one of the most important figures of techno in the South of Belgium, a very respected dj, and a rising producer.