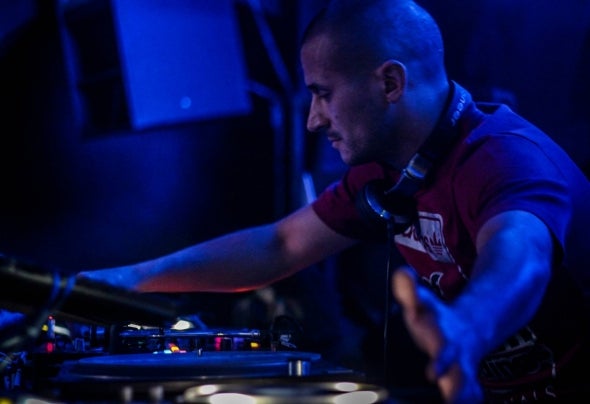 Serval alias Jerome was born in 1975 near Paris. In the 90's, he discovered and fell in love with electronic music club in a nightclub in Limoges, "The Storm", where he saw many dj's playing, such as Laurent Garnier, Jack de Marseille, John Thomas ... Therefore, he began to play music as a DJ in 1994 and quickly after doing several performances in various places in the Dordogne area, he became the new regular DJ of a nightclub called "Z" near Perigueux. Then, he decided to create a new structure with some friends called "Fanatek" which includes DJ's, producers and event organizers. Influenced by house music, he broadcasted his sets in the 4 corners of the Aquitaine area.For many years, he played (and still plays) in the best nightclubs in Bordeaux (4 Sans, Respublica, BT59, Oloops, Cirkus) but also in Spain (Pagoa) during major events such as "Fanatek Parties" and "Old School Events". Lately, he totally committed himself to the production and the feedbacks are immediate and positive! Today, his sense of groove and perfection gives a fresh note to several labels. "Boogie recordings", "Fare away recording", "Bos tech records", "High contrast" and "WAH records" have already trusted him. Additional projects (personal and in collaboration), are expected on the new label created by its structure, "Fanatek Records".