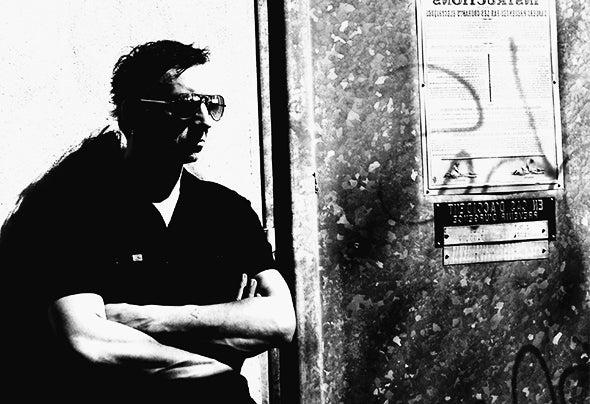 Yohmss is both pianist and musician DJ. Label founder ofApoxis, this artist have a long history with music.At age 12 he began the stage in a group »rock / cold wave » playing keyboards with his brother and his best friend. This experience gave him the desire to further the study of music, and so he began studying music at the conservatory of Albi and Toulouse, where he taught writing and harmony of classical music and electroacoustic.At the same timehe studied Jazz, who developed his taste for groove and improvisationYohmss began his career as a composer of electronic music in all genres in the early 90s. Pianist and keyboard in various bands, he became programmer synthesizers, midifiles sequences, orchestrator and arranger for various bands and studios in southern France.After a stint as a professor of computer music at the Conservatory and composer of film music, he decided to drop everything to finally put forward by playing live in his compos itions .We found him today in live-set or mix, with selections or compositions Tech House and Techno Pumpy with lot of influences Funky or Groove.YOHMSS is on this LABELS: -Apoxis Planet,-Ep Digital Music-Dopa Records,-Scander Rec, -Power Recording,