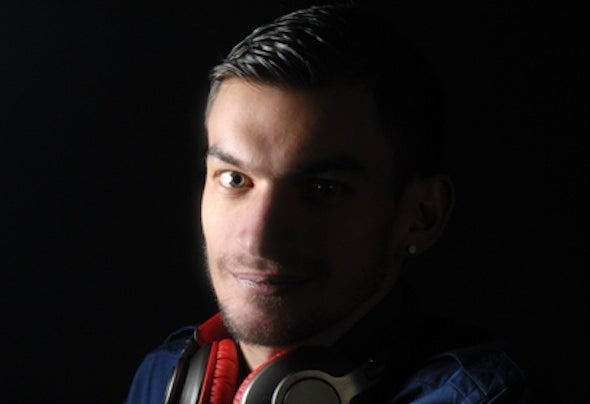 Franzis-D was born in the year 1981 in Madrid (Spain). As a big lover of the electronic dance music since it's beginnings he started his career as a dj back in the year 1999, focusing his work firstly in the genre considered as Techno, evolving with the years and with the development of music to the Prgressive house, genre which defines nowadays his productions and the different sets he carefully elaborates for different web pages and forums such as: Progressivehouse.com: Progressivehouse.com, E-vizio.com: E-vizio.com, his residency in Beattunes.com: Beattunes.com which consists of a set monthly, and the usual requests he receives from friends managing radio shows from all around the world as a special guest. In the year 2008 his interests flew towards te production world with the guidance of important producers he already knew by then, always trying to maintaine that dark sound that marked him, but using oftenly more relaxing or deep sounds in order to not enclose himself in a determined brand. In the year 2009 looking for new ways as always Francisco uses a new library of sounds which he defines as more "electronic and unconventional" to produce his new tracks leading to a work that could fit into an "Experimental progressive". In the other hand his sets and his image as a dj has improved strongly using more specific music based in a deep, melodic and atmospheric feeling. Through 2009 he also gets a new residency thanks to his classy work in the radio station InsomniaFm.com: InsomniaFm.com He continues with the same way to mix in year 2010, however the Franzis-D name used for his productions is best known in the industry thanks to the improvement of the quality of his proyect and remixes. Signing with the American Polytechnic Recordings label, his first album includes 12 original tracks for the next year and he collaborates with other important labels like Liquid Groove, Green Snake Records, 7 Seas Records, Area Sur Records, Distant Records, Elliptical Sun Recordings, Mistiquemusic, Deepsessions Recordings, Underground City Music, Insomniafm Records and LuPS Records. In 2013 created his own label called Mystic Carousel Records.