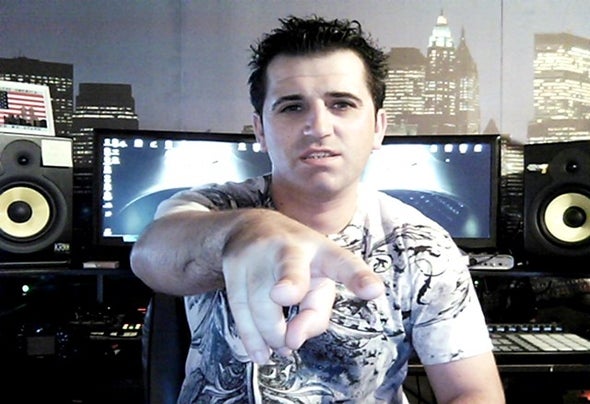 DJ Alex F was born in Portugal in 1974, very early started to like pop music and dance,with 8 years old he moved to a larger city (cartaxo) where he could hear local radio stations with more of your music taste. 14-year-old has worked in local radio as a DJ and a mobile disco, very popular at the time. With 16 years old already was a nightclub DJ and until now he never stop playing. He played with many big DJs from Portugal and Spain and in 2003 when he moved to the United States where his career as a producer began to grow and be recognized. DJ, remixer, producer and record label owner are just a few titles Alex F has under his belt. If he's not mixing at the hottest clubs in the NJ,NYC area, or remixing Billboard Number 1 hits, he's on the airwaves, mixing it up on Radio, Sirius XM, XFM, and other radio stations around the World on his syndicated mix shows. Alex F has been one of the most popular, successful Tech tribal underground Producer's in the country. Alex's energetic radio mix shows have been on the airwaves for over 5 years, earning him nominations for 'Best Portuguse Dj by Radio comercial (3 place) in 2007. If that isn't enough, Alex launch his record label in 2004. Houzone Music Records. Promises to be a force in the House music scene. Whether from the nightclubs, radio, satellite, or your CD player, Dj Alex F continues to be one of the most successful Uderground PORTUGUESE DJ's living in United States today.