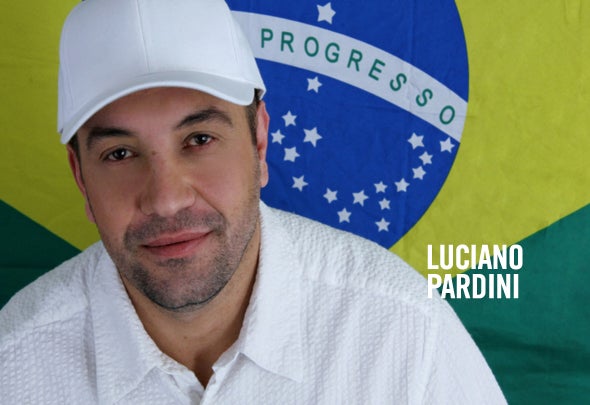 Luciano was born in Brazil. His mixed roots from a Brazilian father and an Italian mother may help us to understand all of the charisma, sexy appeal and energy transmitted by his sets. He learned how to play his first ropes by trial and error. His natural hidden talent very soon would be noticed. After some practice on his home studio, playing to friends, he was brought to play at legendary New York’s night club “Spirit” in early 2006. After that, he was discovered by mega promoter Rob Fernandez, who gave him the chance to play at Pacha’s basement. After a few gigs at the basement, Rob gave him the chance to play at Pacha’s main floor. They both created a party that has been breaking records of attendance at Pacha: “Made in Brazil-NYC” With his productions, Luciano Pardini was starting to naturally show up another face of his talent, bringing his career to a whole new level. He has produced over 35 tracks at his own plus Remixes too; some of them listed as top sellers at Beatport.com (“Tribute to Pacha-NYC”, “The beat of the Bee” by Pacha Recordings, among others); a challenge that production veterans would have been proud of.