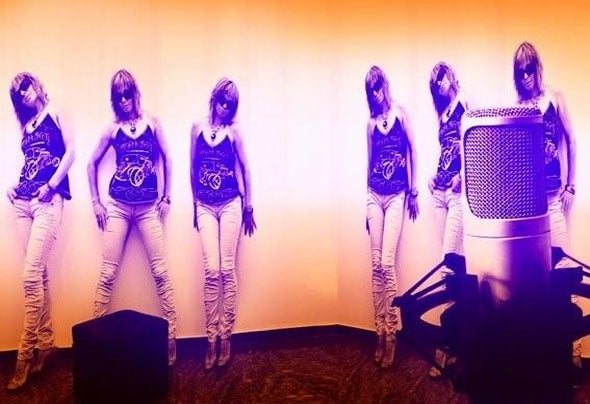 VeNeS, the phenomenal singer from Australia, and one of the members from the legendary Pop Group Tram 5 (Bulgaria), breaking through many times on the psy trance stage and mainly with her tracks with the big names of Dualism, Symphonix, Phaxe and Osher from the multimillion viewed dance trance band Shake Ananda. Climbing More then 20 times to top 100 Psy Charts @ beatport, dj download, cdj shop, juno and other charts, VeNeS is one of the female big names on the nowadays trance stage. Her tracks with Symphonix "Nobody Knows", "Sexy Dance" and "True Reality" have been played in front of thousands of people, live worldwide on most major festivals for psy trance music. She collaborated with DJ no 1 of Greece Robert Vadney, from Perfecto Records (Paul Oekenfold) for his album "Dance 4 Death" with the remake of her ?Sahara? track. In 2009 she began collaboration with the talented world class recognised producer for his ethnic works Lacandon. The Duo was born in the search of creating the original sound, combined from both of the underground and the commercial world. The duo makes faster movement in the charts with successful and big collaborations with various artists. In 2010 they made huge success with their live performances on stage as headliners in London and Paris and their experience as residents and special guests in many other countries around the world such as Australia, Egypt, Greece, Russia, Serbia, Bulgaria and many more, made the duo?s live show more popular with every new appearance. In 2011 they collaborated with the grammy awarded artist from France Wes Madiko, producing his new album which will be published in 2012