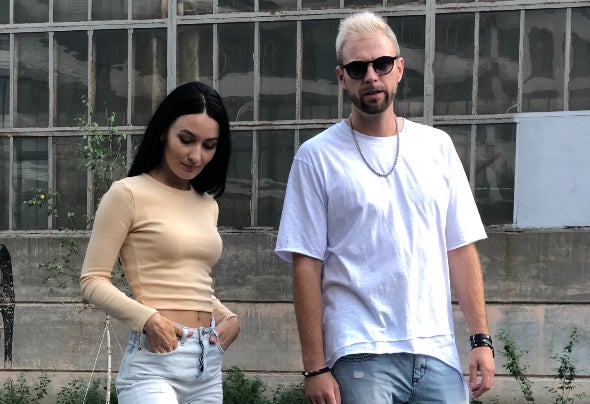 “3D Nation” is a true pioneer of sound, creating their own musical cosmos of energetic, melodic and dreamy productions. Their passion and talent for all things music run through the time like a red thread. With an initial focus on electronic beats, “3D Nation” soon developed own music vision that later transferred into electronic music with ease. What has stayed the same however, is their determination to get the best out of every single one of their productions. Ambition, determination and a likeable, cosmopolitan personality make “3D Nation” into an authentic artists with great love for detail. This has not gone unnoticed and their first releases have received considerable attention and acclaim. With only year and a half after start they have already made some noise not only in Ukraine, but in Europe also. “3D Nation” made their way to semi-finals of Eurovision song contest in Ukraine’s selection. After huge amount of concerts in Kiev they made their first tour to Poland and Germany. It made a great resonance in public and they got even more appreciation and fans than it was expected. Their tracks do not descend from rotation of Ukraine's largest radio stations such as KISS FM, DJ FM, radio “Київ”, 109.5 FM and many others. Track "Zorepadom" took first place in the hit parade "Top 10 Dance" on the best dance radio station of Ukraine - KISS FM. Two tracks “Zorepadom” and “Turn on Repeat” got to “KISS FM TOP 100 2018” and took 38 and 71 places respectively. Track “Z toboju” is in “KISS FM TOP 100 2019” at 69 place. They took second place in the “Opening of the Year 2018” nomination according to KISS FM. Nominated for the Yuna 2018 Award in two nominations: “Pop Group” and “Song”, and for the “Yuna 2020” in tree: “Electronic Hit”, “Pop Group” and “Song”. They love to experiment with new sounds and styles, and you never know what they will deliver next — the only thing that’s guaranteed is that it will be powerful, unique, and sharp.