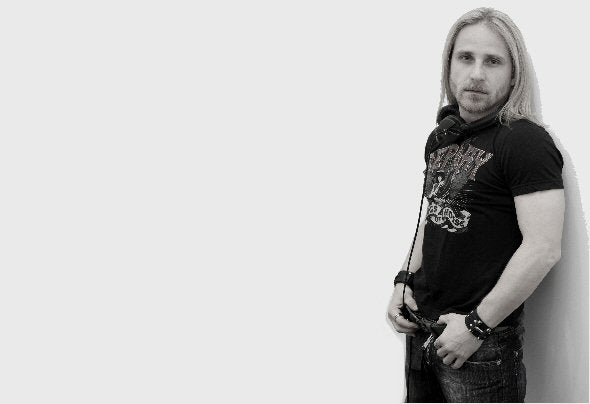 Mpampis Vasilos aka''Bobby Deep' was born and raised in the mid 70's in the beautiful surroundings of Lamia, Greece. Music was always Bobby's Deep rooted passion, as an early teenager he was already a collector of many records, artists like Chaka Khan, Kool & The Gang, Herbie Hancock, and Paul Hardcastle, were all highly influential. His passion for music was ever-growing so in his late teens he worked on local radio stations and in clubs as a Dj from 1992. Despite the very small local scene, Bobby managed to get established,and that gave him the opportunity to play in clubs and on the radio along side top djs such as Duskie Jay[Boz Boz recs], Andreino[Mas Collective],Pete Gooding,Terry Lee Brown and label mate. On his 'Deep Mind' radio show Bob feels blessed to have such talented guests as Paper Samurai, Nicolas Coronel & Cristian Poow. During the last 6 years Bobby has started producing his own music to a very high level, his first works have received a very enthusiastic response from established djs all around the globe, such as Randal Jones,Nick Warren, Hernan Cattaneo, Dj Tarkan, Matt Darrey(Matt's review:Bobby Deep is a master at painting the image in your mind with sound and feel),Markus Schulz,Keneth Thomas,Ferry Corsten, Jondi & Spesh, Chloe Harris, Ingo Vogelmann, Sasha Le Monnier, James Warren & those DJs in the Release & Mypromo Record Pool. Bobby has been honoured with to be Frisky Radio 'Artist of the week' and was chosen to be on of the quests for Ingo Vogelman's Lightworks 4th birthday alongside such heavy hitters in the house scene such as Dave Seaman & D Ramirez. With a substantial quality back catalogue and an ever growing discography comprising of keenly edited productions and remixes Bobby Deep is definitely a rising star in the underground Deep & Progressive house music scene.