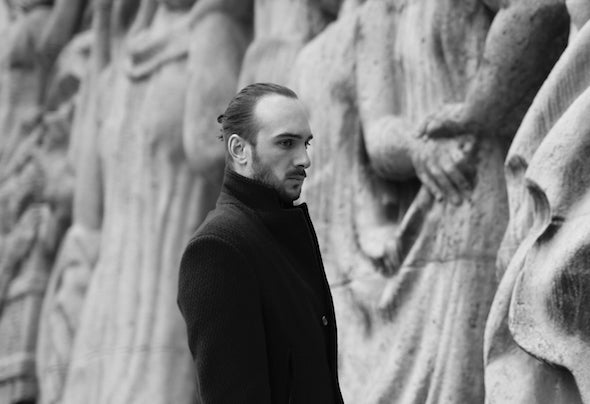 Wielki is a French electronic music producer. His musical world flits between techno, house and electro music. From the era of synthesizer pioneers, he has kept a taste for simple melodies enhanced by rich harmonies. The crafted structures of his pieces always tell a story ranging from raw energy to melancholy. The same goes for his sets. His music is pervaded by an intense, martial and epic dimension. Nothing comes more naturally for Wielki (“Aleksander Wielki” means “Alexander The Great” in Polish, hence the origin of his stage name).After meeting Joris Delacroix and Delon, he joined their “Way of House” label in 2016. They share the same artistic vision based on an efficient melodic techno music.After a series of remixes for Fred Falke (“It’s a Memory”) and Feder (“Goodbye”, “Lordly”), he released his first “Empire” EP with remixes by Joris Delacroix and Time. This was widely acclaimed by the underground scene. Way Of House will then ask Armada Electronic Elements to promote the track throughout the world. His second release “Blanche EP” reveals a bit more his universe and confirms his trademark with 3 original tracks and remixes by Villanova and The Dualz.