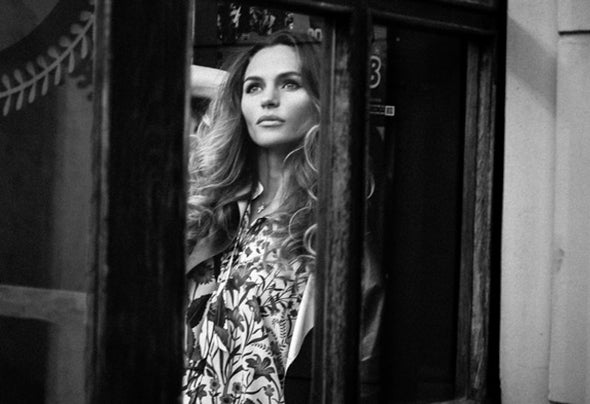 Marymoon perfectly captures her sophisticated, deep, soulful sound which has recently awarded her appearances at Space Ibiza, Burning Man, Secret Garden Party and Cova Santa to name a few.Marymoon is far more than just emotive, deep tech sounds emanating from nightclub speakers. A Marymoon performance is reflective of a humble, compassionate soul with a pure passion for music and art, which she uses to connect deeply with her audience to create a genuinely interactive and beautiful experience.Currently based in St. Petersburg, Russia, the music producer, DJ and visual artist graduated from the esteemed Sotheby’s Institute of Arts in London, then subsequently spent several years chasing an obsession with electronic sounds and digital visual arts performances around the globe. She organised and curated an array of multimedia exhibitions in St. Petersburg, Venice Biennale, New York and London – a pursuit that eventually landed her in a studio full of hardware drum machines and modular synths in Hollywood, where she was able to truly focus her endless creative energy towards defining her signature sound. During this time, her first EP was released on the Human Resources label, the most prominent Russian electronic music label to date. From there, she went on to play several extremely well received DJ sets at iconic electronic dance music hotspots followed by her debut Live PA at Moscow's edition of Decompression, a Burning Man-affiliated event which happens in various locales each year following the main gathering.