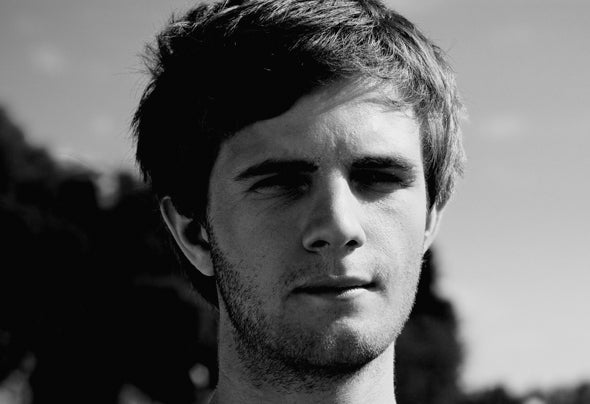 A regular contributor to the Cologne stable KOMPAKT and one of our youngest members, Maxime Dangles has grown to be a key contributor from the French electronic music community and created waves around the globe with his unabashed approach to proper club techno music. His origins : Born in 1985, Maxime DANGLES discovered the world of the night from the age of 15. Unlike other many young DJS, not only did he absorb the mix techniques but he also learned, in an autodidact way, the basis of the creation on computer. His humble beginnings as a producer were more oriented toward the remix of hits played by radios, from 2004 he started to create his own soundtracks. His weekly travellings to Montpellier in places such as LA DUNE, LA VILLA ROUGE and especially LE BAR LIVE, had a significant importance upon his music. Passionate, humble and reserved, his early recordings were kept to his studio until 2006 when during an electronic evening performance in Valence, his DJ friends dropped some of his tunes in their set at the club. Motivated by the excellent reaction from the public, Maxime went back to the studio excited to create more. Fortunately his friends convinced Dangles mail a demo to KOMPAKT in August, 2006. The rest is history – his first single “NOEMIE” dropped on SPEICHER the following month. Following releases on SPEICHER, K2 and SCANDIUM to name a few, Maxime recently can be found on SKRYPTOM remixing the legendary SCAN X, showing avid support from LAURENT GARNIER and JULIAN JEWEIL. Look out for a new single from him on the techno subsystem of SKRYPTOM : ERRATOM, and, of course, the DANZCA project with the talented Paul Nazca.