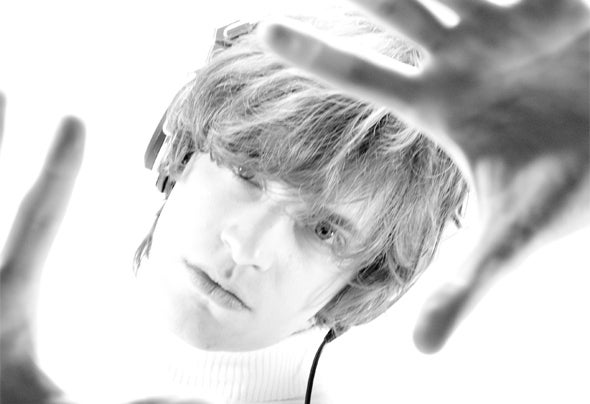 Steve Lorenz is synonymous of quality, vanguard, experimentation. He is steadily gaining prestige for the whole Europe public, thanks to a steady stream of high quality productions, establishing collaborations with international artists. The thematic direction of Steve is the result of a research and elaborat ion.Steve has developed an industrial sound in constant evolution, in which techno, detroit, minimal, dub, electro, and neotrance sonority are fused. The final aim of Steve is to create a new techno called NUTECH, a new trend that has no links from the past, but from which derives free inspiration, a music for the man of the future.Since 2008 Steve has gathered feedback and chart from the most important artists of the world: Dj Hell, Laurent Garnier, Gary Back, Jeff Mills, Markantonio, Joseph Capriati, Damon Wild, Remute, Cio D’Or, Joachim Spieth, Axel Bartsch, , Mathias Schaffauser, Francesco Farfa, Angel Alanis and many more.Steve has worked on Synewave, the historical label of New York founded by Damon Wild in 1994 with the Abstracton vinyl and the remix of Avion. Among the important collaborations in recent years include several works for Bjoern Scherumann and his label Fassade, some works for the Berlin Moog Conspirancy label Elektrotribe, works for Angel Alanis and his labels like Slap jax and klientele, the Psycho EP on Open Concept Recordings, some remixes and works on other labels like Tracer, KDW, the vinyls on Absolutive and Flicker Rhythm music.Steve is also A&R of Tarvisium Electronique his personal label focused on visonary techno and electronic music.