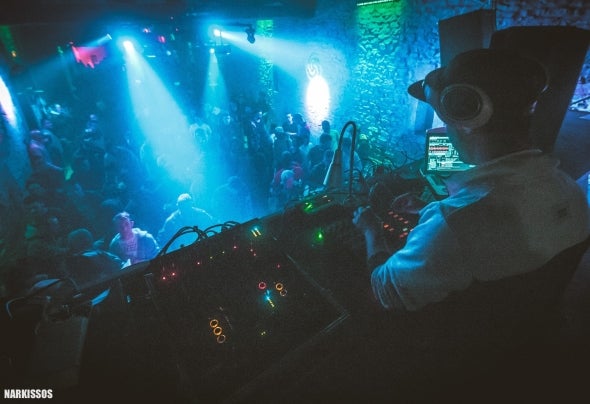 This artist has an impressive resume ! First he played and learn cello + basic of the music theory during her childhood. Several years afters, without really knowing what he could to be with all he learned, machine drum beats pull him to the sounds, power of synthetizers, their differents and varied tones bring it to him a kind of resonnance reminds him cello's... It begins to be followed in 2014 by its artists and his favorites of Minimale / Techno. Labels and artists opened to him their doors ... First, by signing some remix in 2015 for Monodia records based on Mexico, he enter the circle of electronic music production. After some experiments using his first synthetizers (SH-01 Gaia) He released his first EP " Intellectio" for TLALOC records a Mexican label too, whose manager Mogo has already worked and collaborated for icons of the Minimal / Techno ITEM & THINGS.SkyWalker keep it worked hard and goes to sign his second EP "Radiation" for UMAS Music the own label of SRA : An artist coming from the another icons of Minimal / Techno Industry MINUS ...Since this two first and EP's some of others nice productions apears and be compilated on the classic VA Compilations from international labels... He is encouraged by the team of artists and labels to do his best to work a little bit more on techno and minimalistic compositions. He released some ones for his friendly various international labels: - LABELTON (Germany) - TWISTED FREUD (Mexico) - MONODIA (Mexico) - NTH2015 (France) - 13z (Brazil) - DARKANDDEATH (Mexico)