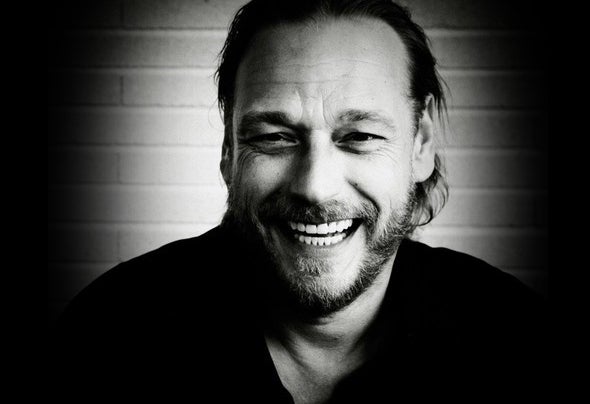 German producer, DJ Francesco Diaz has been making sonic house grooves for close to 20 years. During this time he has crafted a back catalogue which includes releases like ‘Don’t You Want Me’ and ‘Ibiza’, while delivering numerous sublime remixes like his rework of John Dahlback’s ‘Everywhere’ and Dada Life ́s ‘Cookies With A Smile’. It is through this consistent studio output that he has remained an evergreen presence amongst the playlists of the scenes biggest names which include Tiësto, Axwell and Sebastian Ingrosso.Breaking into house’s executive club, Francesco’s career as a DJ has elevated him to topping the bill at many of the world’s most prestigious clubs and festivals. Amongst headline shows for the Polish Sunrise Festival, Ministry of Sound and 20 Years Anniversary Brazil, he has also ignited dancefloors in countries such as Colombia, Russia, Norway, Switzerland, Sweden, Greece, Austria, Ukraine and Ibiza. It is no surprise then that having had such a fruitful touring schedule over the last few years that in 2010 he secured the #182 slot in DJ Magazine’s esteemed Top 100 DJ Poll.After earning his badges working as label boss for several recording imprints, Francesco stepped out from the shadows of the studio office to release his own productions. His debut single ‘Say a little Prayer’, which featured the pinpoint vocals of Karl Frierson, came out on Muschitunes in 2005 and was an instant hit. In the same year he released his second single ‘Time to Turn Around’, which notched up high praise and further saw the record spend 4 weeks at the top of Scandinavian Dance Charts; lending its hand to his friendship with those infamous Swedes Axwell, Sebastian Ingrosso and Steve Angello.Since then he has scaled the download charts of Beatport, TrackItDown.net and iTunes with dance floor monsters like ‘Morphine’, ‘Crash’, ‘1998’, ‘Into The Night’ and ‘Perfect Moment’. Captured the ears of the scenes elite with his remix projects for artists such as Eddie Thoneick, AnnaGrace and DJ Chus, as well as chalked up genre defining collaborations with T homas Gold, Denis the Menace and Jerry Ropero. Over the years his music has been signed to imprints around the globe from Joia Records, Ministry of Sound, PinkStar Records, Vendetta Records, Time Records, Blanco Y Negro, Pickadoll and Kontor Records. Lacing up his boots for his debut artist album back in 2010, Francesco paired with the Young Rebels for his first long player – ‘Mission Complete’. Released through German’s famous fashion labels musical arm Wormland Music, an imprint Francesco himself oversees, ‘Mission Complete’ weighed in with some standout collaborations from such studio friends as John Dahlbäck, the colossal talents of Thomas Gold and the soulfully wrenching vocal chords of Terri B!. Alongside a strong collaboration frontline, the double CD album also contained a rare selection of handpicked remixes from the earth shattering sounds of Deadmau5, Dada Life and the chart scoring talents of Avicii.As well as his debut artist album, Francesco also completed an extraordinary remix album titled ‘Timeless’ for legendary Greek composer and cultural icon Mikis Theodorakis; famed for his eternal classical pieces and film scores in movies such as ‘Zorba the Greek’ and ‘Serpico’ staring Academy Award winning actor Al ‘Pacino. As part of the 85th anniversary of Mikis’ life, Francesco was invited by the iconic composer himself to modernise some of his most famous compositions (‘Zorba’, ‘Honeymoon Song’ etc) and craft them into an electronic soundscape fitting for a new era of music lovers.Additional to his album projects the last 12 months has seen Francesco release a steady flow of tracks on a myriad of labels. From his collaborative work with the Young Rebels on ‘Hamburg’ and ‘Love’ featuring the vocals of ShawneeTaylor, both tracks were released through Ministry of Sound, to his combined efforts ‘Disco’ and ’God Save The Queen’ with Jeff Rock on celebrated Dutch imprint Spinnin’, Francesco has maintained his trademark production quality throughout. By crafting robust, club rocking tracks unique in their design and infused with measurable shades of elements from progressive, electro and house music, Francesco has poised his music in a place that is as comfortable among the sets of Thomas Gold and Swedish House Mafia, as those of Pete Tong and Above & Beyond.With his successes being anything but ephemeral, Francesco is driven and focused for what he himself sees as his biggest year from the studio to date. With a stream of new releases and an uninterrupted schedule of tour dates planned for the summer, Francesco is brimming with a new found love for his surroundings and a wave of bubbling excitement with his music going forward. Commenting on his recent move to Barcelona he says “I feel moving to Barcelona has been the making of me as an artist. While Hamburg will always be my home, Barca is a multiplex of opportunities and ideas. There’s a real musical energy which permeates through the streets and clubs here, coupled with being surrounded by an inspiring pool of new producers and DJs.”Most notable for 2012 is his return to the compilation fore for Ministry of Sound; where Francesco will be lining up alongside Grammy Nominee producer/DJ Jean Elan to compile and mix the new ‘Clubbers Guide to Ibiza 2012’ – back in 2009 Francesco shared the same honour mixing Ministry of Sound’s ‘Clubbers Guide to Ibiza’ with Swedish anthem machine John Dahlback. Other news includes his forthcoming single ‘Sway (Quién será)’ on heavyweight imprint Kontor Records, a collaborative effort with Daniel Ortega and Mike Moorish titled ‘Sway’ – which is a remakeof the 1953 mambo song by Pablo Ruiz, made famous by the Rat Pack’s Dean Martin, and a perpetual touring schedule that will see Francesco touring countries such as Turkey, Beirut, Pakistan, Germany, as well as an appearance at this year’s Sonar Festival in his new home Barcelona.