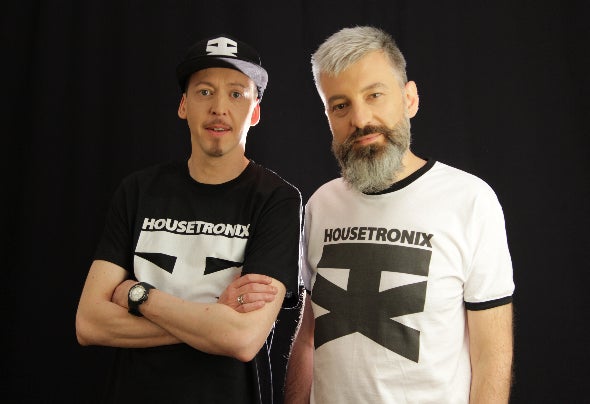 Housetronix - two DJs & producers from Moscow: Alik Leto & Quality Cat. They know each other for many years and have played together in the best clubs and parties around the country as members of the Russian electronic scene and community. Having a huge music collection of vinyl and CD, plus a big club background and experience behind, they can guarantee their back 2 back sets will set dance floors on fire, energy through the roof and people going nuts! 2020 is a very productive year for the guys. Their new single Marrakech (Sweatbox Rec`) received great feedbacks and support from the industry monsters like Pete Tong, Roger Sanchez, Erick Morillo, Marco Carola, Sasha and Richie Hawtin to name a few. The duo future plans are to go further, developing their unique sound & collaborating with the talents like Juany Bravo, Medusa, Horatio, Juanito and other artists as well as producing their own tracks and doing remixes. Housetronix first serious release came on Eddie Amador’s label Citrusonic Recordings. The single Batu got huge support from many international DJs including legendary Roger Sanchez and single Right was one of the tracks of Hotfingers Rec Best Annual Compilation. Without You EP sampling Dirty Vegas famous anthem Days Go By (Underground Mjuzieek Digital) and My Defences rocked and provoke that hands in the air effect on the summer terraces during morning sunrise sets. 2016 was a very impression year for the duo as official remixes for the legends Boy George (Fetch Records) and David Penn (Urbana Rec) were released. As well as Long Night EP that came out on Horatio’s Natural Rhythm: a tribal Vozes Da Savana that was charted by Mark Knight for two months in a row and Long Night that was supported and powered by Wally Lopez. Housetronix also had releases on Jango Music, PP Music, Natural Rhythm. Housetronix. Two music fans, who have come a long way from cassette-player listeners and vinyl collectors to professional DJs and house music producers.