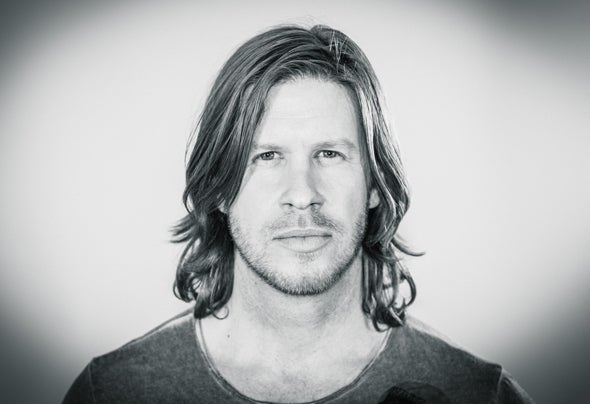 Swedish Michael Feiner is known for writing, singing and producing many big club tracks. Among them you will find the classic track “Together” with Axwell & Sebastian Ingrosso and also other noticeable collaborations together with Kaaze, Stefan Dabruck and Eddie Thoneick to mention a few.Music, melodies and sounds have always been big obsessions in Michael's life. Growing up on the countryside outside of Gothenburg, Sweden, his big interest in music made him feed his ears with a wide range of music in almost every genre and timeframe from the classical composers as Beethoven, Tjajkovskij, Mozart and Grieg to Elvis Presley, The Beatles and Abba to todays music of pop/rock like Coldplay and also the club/electronic music.Michael started his musical journey at a very early age. Fascinated by the keys of his mother’s piano, he started memorizing tunes and played them back on piano with one finger already by the age of three.As a six year old boy he composed his first little tune. By the age of 10 he started taking saxophone lessons and at the same time, Michael and his older brother got their first synthesizer. Michael could finally start his musical career sculpting sounds and making music with a huge interest in studio technology. Developing his ear for production, as a teenager, Michael was often hired by the local pop/rock bands for his production and mixing skills.His saxophone later on took him around the world working as a street musician, and through that he got into the clubs playing as a saxophonist, which in turn led him into house music and DJ’ing. This was when Daft Punk and the French house scene started happening around mid 90's. The music and sound of that scene had a huge impact and influence on Michael's production and songwriting and also led him into DJ’ing.When touring, Michael’s performance brings lots of energy to club scenes around the world with his live DJ show in which he often bring in live elements such as saxophone and vocals. Stay tuned, the musical journey with Michael Feiner goes on.