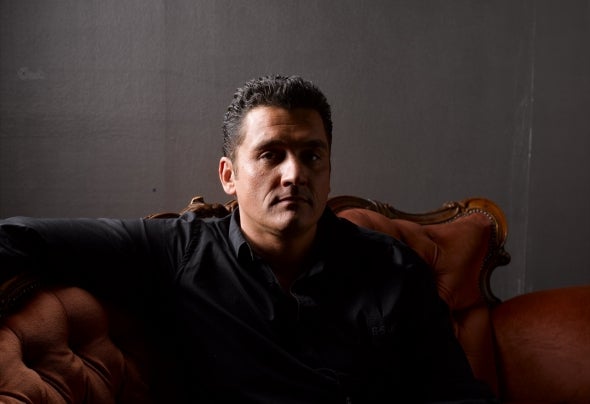 JOHN MODENA DJ-Producer-Remixer France made rising talent, JOHN MODENA ‘s passion for electronic music and his determination led him to become a professional dj in 1998. Resident DJ at OFFSHORE Club in Strasbourg (Fr), he fastly get requested by the Parisian scene (QUEEN, MIX Club...), then abroad... Starting 2004, John made one step ahead and produced his own tracks : his first single « SHAKE ME » came out, followed by Redworks featuring JOHN MODENA « CAN YOU FEEL IT », « ROCK YOUR BODY » and « TO THE BEAT » licenced by Antoine Clamaran’s labels. In 2007 his Hit « FOREVER » (Dj Center) remixed by David Vendetta, playlisted by Roger Sanchez, Tiesto and many more, brought him the recognition. John was asked the same year to remix Laurent Wolf « WASH MY WORLD ».Then came out « I WANT IT » (Dj Center), and several remixes for other djs. Summer 2009 John dropped « YES WE CAN », and mixed the compilation « John Modena in paradise Ibiza – I want it Sessions » (Dj Center). The same year his hit « EXCITED » (Dj center), got numerous supports from international djs like Roger Sanchez..., and had been included in the compilation « PACHA Ibiza Dj Selection ». John Modena’s brand new track « WOODY CLOCK » (Dj Center) will be available in february 2010, shortly followed by « INSIDE » (Hypetraxx) and his remix of RON CAROLL « The Sermon ».Listen to John Modena’s radioshow « HOUSE OF DREAM » on HotMix Dance Radio one tuesday on two at midnight, and on MAXXI Fm Martinique one Monday on two.Get freely an exclusive monthly mix in registering to his PODCAST on the website.