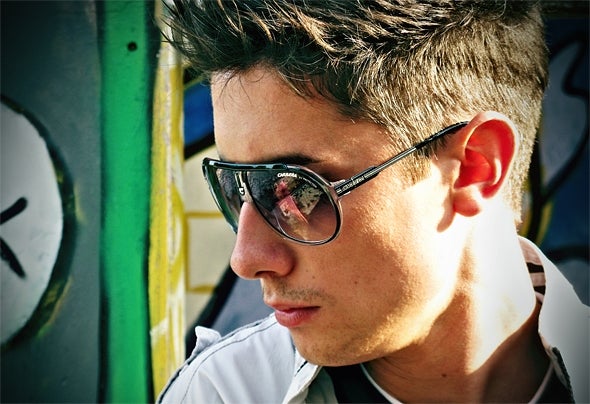 Dario Synth, born in Lecco on 17 May 1986, is an Italian EDM DJ-Producer who began his music career in 2005 early-influenced by the greatest dance hits of the nineties. He started with several remixes that were released on famous labels in the dance scene including: Fluida Records, Bit Records, Planeta Mix Records, Italo Rumble Digital, Interbeat and DJ-Exclusive. In addition, he also produced forty unofficial remixes which garnered him more popularity, expanding his fan base internationally. In these early years, Dario was also able to collaborate with other artists and produce several songs both with them and for them. With his growing popularity, he has been featured on several radio shows, notably including his lead contribution and full spot on “Italian Style”—a radio programme by DJ Charlie, broadcasted on the Spanish radio station, “Loca FM”. Remaining in Spain, Dario Synth continued his work with other Spanish radio programmes broadcasted by the “Radio Cantabria” group, using these opportunities to showcase his original and latest tracks. Most recently, he has collaborated with the webradio station, “ItalianDanceNetwork” with his own programme, “Synthesizer”, airing twice a month. In 2009, Dario Synth decided to further his career and spread his production in other sub genres of EDM (Electronic Dance Music). Never forgetting his roots with the dance community, he branched out with new tracks, experimenting with more electronic sounds. Thanks to many positive feedbacks the international artist, “Spoonface” contacted him to produce an official remix of his song, “So Good” which was released on Faada Records. Coming off of this momentum, in June of 2010, Dario Synth released his first official production—“Drunk”, which was released on the label, “Italo Rumble Digital”. In October of 2012—after a short hiatus in making music, dedicated to the research and development of his new sound—Dario Synth released his single, “Amnesia” which harnessed the soulful voice of American singer, April Raquel. “Amnesia”, published on the label “Full Stop Records”, was released in four very distinct versions: original, progressive, dirty and dubstep, all produced by himself—a testament to his expansion of sound. Meanwhile, Dario Synth competed in the “m2oTenYears” contest, held by the Italian radio station, “m2o” for its tenth anniversary on air. Here, Dario Synth remixed one of the tracks that made the history of this Italian radio, “Emi – Le Canzoni Dell’Estate” and subsequently won the competition with this craftily skilled remix. This competition earned him a coveted lineup spot in the station’s largest event held in “Spazio Novecento”, Rome. In November of 2013 the new single titled "Machine Gun" has been released and it contains two versions: progressive and dubstep. Both receive many positive feedbacks on all the social networks, in addition the track is characterized by sounds coming from the jumpstyle music and a big room drop. Amidst the buzz of his previous single he receives many requests for collaborations and decided to begin a close collaboration with the young and up-coming producer Corg. Together they created "Raptor" the new track published on March 2014 which it has nothing to envy to the other EDM hits in the chart. This year, keep your ears open—Dario Synth is focusing his efforts on the production of many new and original tracks, meanwhile, he continues to play his favorite electro and progressive-house tracks in many clubs around Italy.