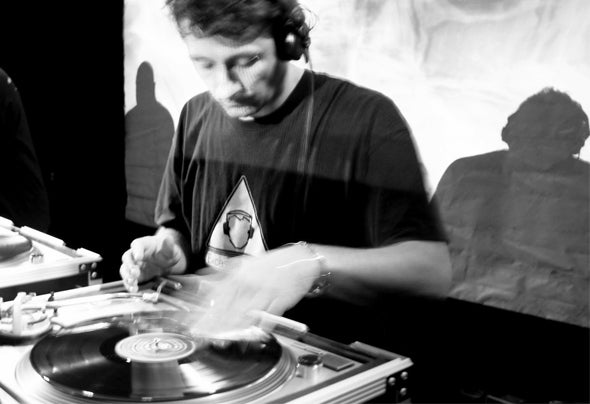 Kris Elexxound is a French dj producer driven by an passion for music since more than 15 years. He is better known in the hardtechno musical universe under the name "Dark Fork" and on the psytrance scene as "White Spoon". He is the founder and owner of Elexxound Studio, his professional audio studio, and of the electronic music label named Elexxound Music. 3 sub-labels reside under this label: D-Fork Records, Fork Attack and Psy.Mercenary Records. Before becoming "Dark Fork", Kris joined the "Batcave" movement in the early 80s and follows the trend towards more electronic dark sounds after the industrial EBM wave (Electronic Body Music). In the early 1990s, he discovers a new form of electronic music belonging to the trance movement: Goa Trance. Despite its more hard influences, this music will evolve towards psychedelic trance remain one of his favorite genres. Its hardtechno sound universe allowed him to play as a DJ in various European countries (France, Spain, Belgium, Germany, U nited Kingdom, Serbia, Czech Republic ...) on the same electronic scene that confirmed artists such as: Jeff Mills, 2Many DJ's, The Hacker, Adam Bayer, Chris Liebing, Aaron Liberator, Chris Liberator... The quality of its perfomances in the psytrance environment led him to play alongside great artists such as: EVP, Beardy, Reality Grid, Ianuaria, Ataro, Nasha, Shotu, Lutin des Bois, Biokinetix, Phoenix, D-Root, Avaris... He creates, in June 2013, his own professional audio studio and the psytrance label Psy.Mercenary Records, in January 2014, with his Dj friend Alec of Maharetta Records. Psy.Mercenary is also the name of their duo project live act. Kris work in various music genre and he connected to music executives for music excellence and to an A&R manager for label/radio/tv placement.