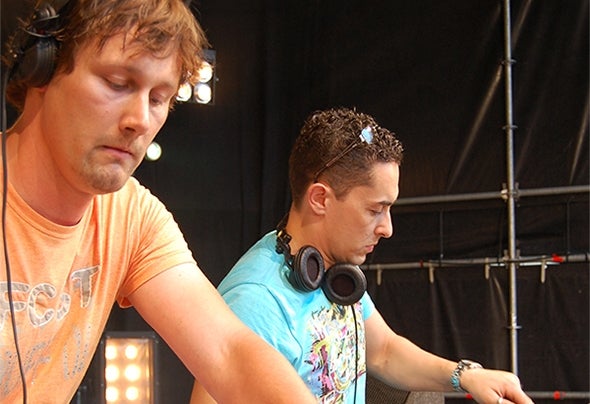 Grande Vue started out as a music production team from Rotterdam (the Netherlands), consisting of Dj/Producer Idriss Rouchiche and Producer/label-owner Bas Kunnen. Grande Vue stands for a broad-ranged musical vision thanks to the producers’ diverse backgrounds: Idriss is a Dj from the urban scene, while Bas as an allrounder in the dance music industry. Due to this unique blend, their tracks have an entirely personal sound.Take it away is the first outcome of their intensive collaboration; it features the lyrics of Leo Tan (born in San Martin) who scored earlier a hit with the Spinmasters remix of Never Again.Various remixes of Take it away have been made since, by producers/Dj’s like Benny Royal, Melvin Reese & Greed ’n’ Pride and Bas Kunnen.Idriss worked with famous artists from all over the world since 2002. Besides his collaboration with renowned Dutch singers, he also worked with international artists such as Lura (Cape Verde Island), Bombay Rockers (Denmark), Mohamed Hamaki (Egypt), BK Clan (Dominican Republic) etc.Under various pseudonyms, Bas has also enjoyed much international success worldwide and for years, producing and releasing over 150 club tracks and remixes.Finally, both producers have joined forces to create what is now known as Grande Vue.