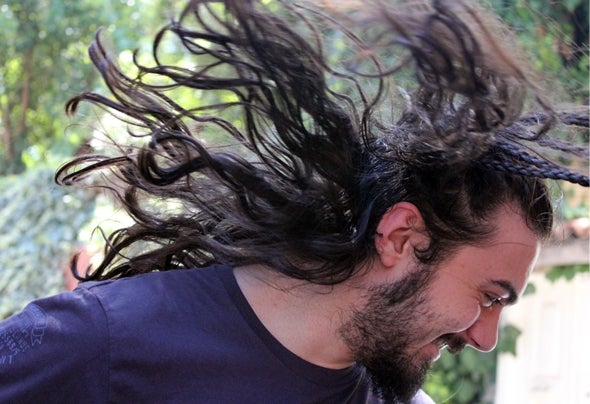 Nivanoise (Okan Çalışkan), born in Istanbul in 1985, has made editing for projects such as films, short films and music videos for many long years. Meanwhile, he has begun to be interested in the fields of sound design and film music and the sound and music workshops he has attended has made him acquire a high level of knowledge incident thereto. In 2000s he released his first semi-professional musical works under different names however, he launched his professional music career in 2007 subsequent to the contract he concluded with “Sound Lab”. In the following years he released the “Same Language”, “Wrong Choices”, “We Are” and “Confessions of Bosphorus” EP’s with Cem Esgen. He was placed four times in top 100 in Beatport and in top 100 in many other sites only between the years of 2009 and 2010. He had the opportunity to work with “Magic” musicians -in his own words- such as Cyberpunkers, Blind Digital, Yahel, Tocadisco, Mejsi, Sinteza, Deep Noise, Skeef Menezes, Lineli, Ko Mar and Aidan Gates during his ongoing musical journey. Nivanoise says that “Genre obsession is the cancer of the music world” and in his new work/set he targets to prove the rightfulness of this theory. Therefore it would be wrong to describe Nivanoise mere as a DJ. Every set he has played has been prepared in a long time, recorded with high-quality, the trials thereof have been performed and only after siad processes and phases same has met with club listeners or radio listeners. Works in which lots of different styles intertwined in unique harmony indicate openly that Nivanoise edits music rather than mixing same and this technique ensures the listeners to experience an intense, complex and cinematic music in lieu of listening to style obsessed music. He has ended the “Darkness Brings Us Release” radio show ongoing since 2008 in 2014 and launched the “Forever Young” radio show which is much more original and unlimited and published only as two episodes in a year. He has decided to establish his own record company subsequent to his musical works almost each and every one of them can be described as experimental which have continued for 10 years. He established Nivacords in 2012 by collecting all the names he had confidence in under this roof and achieved numerous successful works. He has made a success of conducting simultaneous projects with over a hundred producers world-wide. All this time, he has produced all the musical pieces, sound effects for films, musical infrastructure for bands and mastering, within his studio in Istanbul. Nivanoise (Okan Çalışkan) is still continuing to work on music in his Istanbul studio.