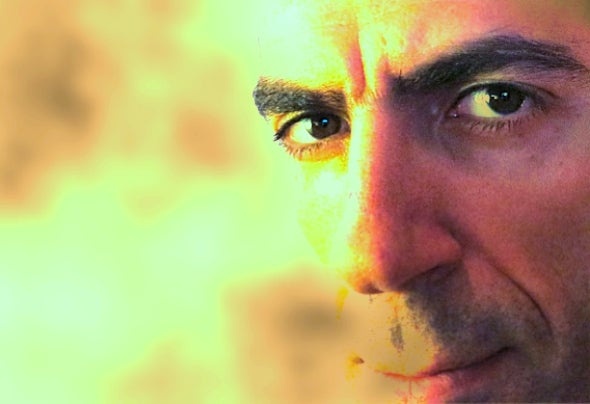 As a young boy he started out at the age of 10 learning the classical piano. After going to music school in the historical mine city of Genk Mauro got his hands on his first Roland. Due to MTV he got familiar with his other musical influences such as The Simple Minds, Iron Maiden, Run DMC, etc, witch formed some sort of a musical spine. They all had a particular part in the further future, because after his piano lessons Mauro started out in all sorts of garagebands together with some friends. After New Beat took his entrance, Mauro wanted to explore his technical skills. With this he started experimenting with distortion and sampling. Growing these skills, the personal studio expanded together with his knowledge of music and the art of making it. Keeping in mind that Jam&Spoon, Laurent Garnier, Sven Väth and Vapour Space where just some of the names that came along for shaping the things that everyone was just waiting for to hear.At the age of 18 Mauro produced his first re cord 'Sniff' togheter with the legendary Marco Bailey. A strong friendship occured in the time that Dance Opera and Bonzai Music where the highlights of the decade. A load of songs and co-ops where the result at the time under the aliases as Conti, Electric Force, Phutura and many others. Performing all over Europe was a result of this stage. Now, several years later he’s back to struggle ones more with the art of perfection, the art of music, creating new sounds, indulging new influences. As owner and founder of the Mystical Foundation he has delivered productions not only for renowned labels like "Faith Music" and "Per-Vurt Records" but has expanded his domain with musical creations for renowned companies. From music composition to sound effects, sound design and edits, using a variety of technologies from bleeding edge to tried & true creating specific "mood" sounds to complement their visuals. Being a true artist and holding on to his visions Mastino decided to create his own record-label "MASTINO RECORDS", giving him the possibility to produce on new standards, combining old behaviors with new impulses that can be evolved to the scene. Progressive is the keyword, forward is the term, the mind is where it’s at. Mastino is the word that captivates it all.