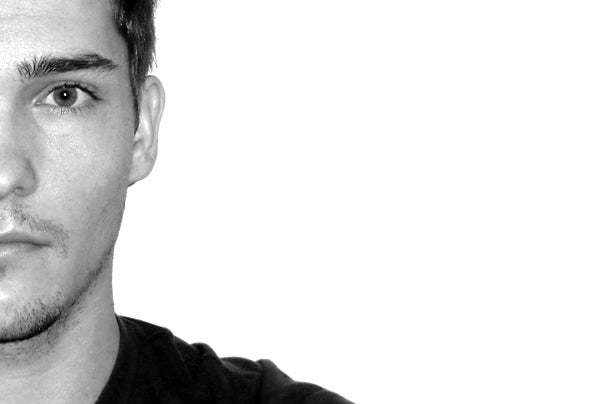 Stefan´s musical journey begins in Mulheim an der Ruhr, Germany where he was born. Having spent some time in Switzerland Stefan returned to Germany with a head full of ideas and inspirations, which he found in electronic music. Influences of the time included producers such as Rob Acid, Tesox and Phuture 303. For Stefan forward thinking was the only thinking and in 1999 he teamed up with one of his closest friends Stefan Mallmann to form the acid combo called “Complexx 303”. The duo went on to play live at many respected venues across Germany such as the Chism club and Fusion Club. Hardware synthesisers and drum machines would play a key part in their live sound with up to 12 synths and 303’s and 909’s creating pure analogue madness! It was during his time with Complexx303 that Stefan became more interested in the ever increasing popularity of software synthesisers and technology. He found a greater deal of creativity and softsynths gave him a new level of complexity and depth previously unavailable. The realisation of ideas became much simpler and the sound was evolving into a much deeper minimalist sound. Having left Complexx 303 in 2005 Stefan immersed himself in writing and producing his own material. His sound was becoming much more detailed and he was soon enjoying making music without boundaries, where he was free to experiment with a much more minimal sound. Always a forward thinker Stefan saw the internet as an outlet for his productions and his first release came in 2005 on the Intoxic net label which was a three track maxi. This was received to much acclaim and other releases soon followed including his first vinyl release on Broque Rec. Stefan also took part in Karmarouge Records remix competition of “Gluecksmelodie“ by Gabriel Ananda. Over 270 entries were submitted and Stefan was chosen as one of the five winners! 2007 soon got off to a perfect start with Stefan coming to the attention of London label Sounderground Rec ords, Rotterdam based Label Fortek Records and NightDriveMusic from North Germany. The immediate reaction from the labels was to sign him straight away on the basis of the first tracks they heard . This first signing quickly led to another and then another! Deeply influenced by techno and house pioneers, Stefans sound comes from the combination of several techniques of production. Always open to experimentation and with attention to electronic music evolution, results cover many styles of electronic music, but mainly Stefan keeps it deep and housy. In 2010 Stefan became resident musician at Future Radios Clubnight at Druckluft in Oberhausen/Germany where he plays energetic house sets with his old buddy Stefan Mallmann. In 2010 he also founded his own label ST_Records that is only dedicated to present Stefan´s musical output. His frist vinyl release "Whatever Happened" was a huge success. Due to his improving guitar skills Stefan increasingly started to discover the magic of guitar influenced dowbeat and ambient tunes. After a creative hiatus Stefan has revived his label ST_Records in 2013.