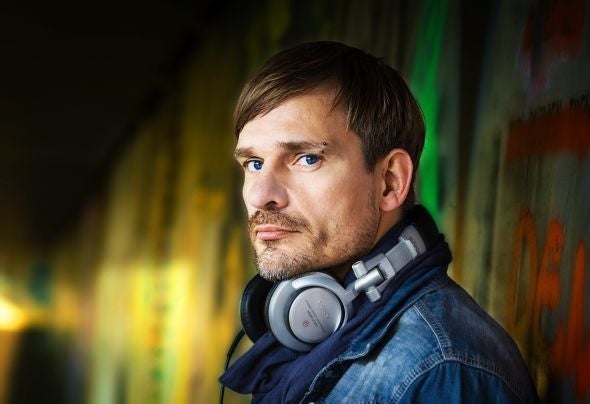 In 1989 i heard that music for the first time. it was so different than anything else I had heard before... I wanted more of it, but unfortunately there was no club in town that played it. So I flew to London and other cities to buy my first vinyls from K-Alexi Shelby – My Medusa, Derrick May - Strings of Life, Rhythim is Rhythim - It Is What It Is , 808 State- Pacific State. At that time those were traded under counter like little treasures.Now, in order to finally listen to that music loud, I was forced to throw my first parties. So we started in 89 in Bremen in a club called Crash. This party made such an impact, that from now on this club turned into an institution for electronic music.At that time it didn't matter who was in charge for the music or the light. Both was equally important - But the most important was that we could finally enjoy our music loud with loads of bass. For 2 years we delivered sweaty loud parties, until the club got shut down for the usual neighbors and police authorities reasons.I played my music in lots of different cities, but without having a residency in a club. In 1999 this should change dramatically, when a friend of mine who was a club fitter, and equipping a club at that time, asked me if I would take care of the line-up.The name of the club was Exzess, and the name says it all. From now on I had found my musical homebase and organised parties with DJs like Steve Bug, Jens Mahlstedt, Steve Mason and many others.Since a couple of years my focus is on the production of electronic music and I believe it's about time to share it with you.