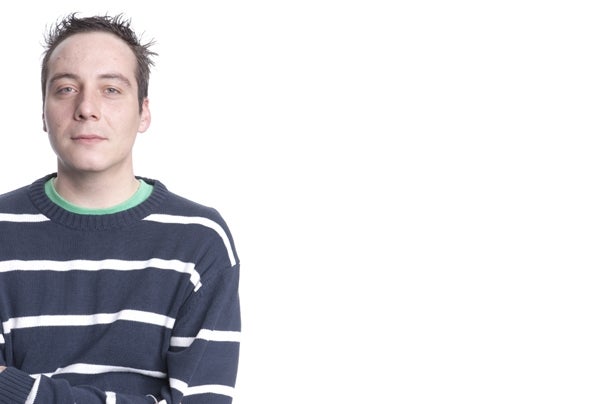 Loco Volver alias Lukas Gnaegi was born in September 1980 in Switzerland. In his family, there has always been great talent for making music. His grandfather for example loved to give concerts for his family and used to play different musical instruments to his grandchild. Little Lukas always sat near him and listened to the sound, and he enjoyed it very much. That was where his love to music started. .. From then on, he knew that he would dedicate a great deal of his life to music. But just listening to someone elses music wasnt enough for him no, he wanted to play himself, and that was when his first little project started: Seven years old, he started to learn how to play the guitar and as his little arms grew longer, he was also getting better. And so he played at home for his family and also entertained the guests at his mothers restaurant. .. When Loco Volver was 14 he started to develop a taste for Rave Parties and showed an interest for the DJ thing. Together with a fe w school buddies he started to organize little parties. At the age of 18 he was a residence DJ with the "Goa Crew", the Party Promoter "Cosmic-Light" and he had done some special gigs at bigger events,in clubs, and in radios shows. .. As much fun as he had with the djing, he also had his dream of being able to compose his own songs and tracks, and so he began to invest a lot of time and money into his studio. In summer 2001, he started studying at the SAE Audio School in Zurich, where he learned a lot about the technical basics taught by the staff of a ProStudio. .. He made good use of his newly-gained experiences and brought about several projects in various styles of music with some of his mates. His dream of creating new sounds in his own studio grew stronger. Loco Volvers DJ-sets are exclusive which is why his friends as well as his audience pay him tribute for his work by showing him the respect he deserves. His sets contain many creative details and always include a sa ucy beat that keeps an audience going for the whole night. Loco is comfortable with many different styles, ranging from Ambient, Progressive, over Tribals, House, Trance to Deep Hypnotic sounds. But his favourite remains Trance, because this is the most famous element in his DJ sets and is also always prominent in his own studio productions. Loco-Volver Production get Support from global djs like: Armin Van Buuren, Paul Van Dyk, Markus Schulz, Miss Nine, Paul Oekenfold and much more!!! DJ References since 1996