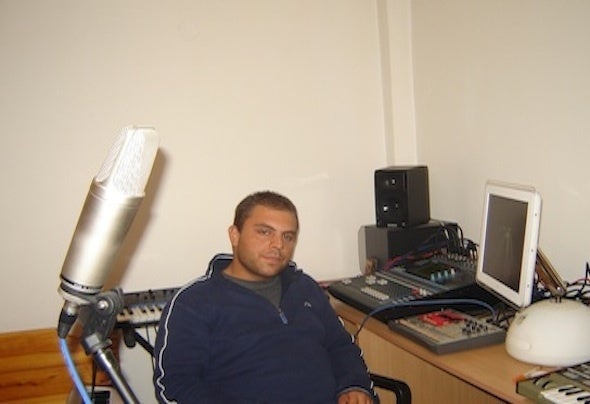 Dimitri Skouras was born in Athens Greece on 1980. Hisfirst step in music was in 1994, when he bought his firstelectric guitar. At the beginning, he started experimentingwith different kind of chords in the guitar, taking his firstlessons in music. On 1997, after graduating from the GreekLyceum, he started a course in Computing on DudleyCollege of Technology, near Birmingham. He got the diplomaof Access to Computing, which gave him the opportunity toenter the University of the West of England, in Bristol, for aBachelor Degree. His stay at Bristol was, indisputably, agreat experience to his musical journey, as he got thechance to expand his musical influence in electronic music.With knowledge in Computers and music culture, heattended A.K.M.I. institute on 2002 for a 2 year course inMusic Technology. He started having a clearer point of viewon music production and especially on how to make it usingtechnology.On 2004 he started producing tracks at his home studio anduntil now, he has gained a respected confidence on histechniques, on producing electronic music.He has also worked as a sound engineer in theatricalproductions in Athens Greece.