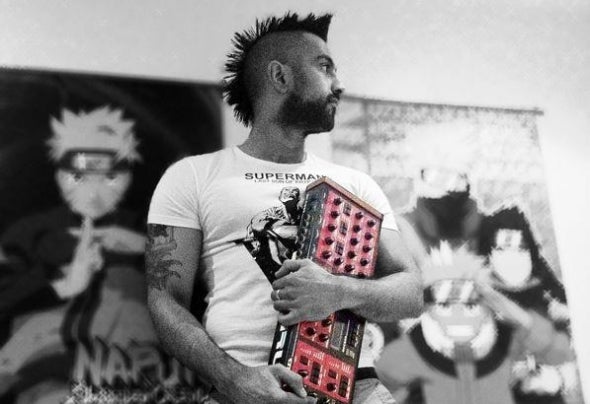 In this day and age where music falls out the realm of division and genre, 28-year-old Deepen Ravalia aka D05 ignites the melodic textures into anything that comes his way. His progressive "8-bit" style has been fused with the emergence of the 80's synth sound which is emulated in his music. With the abundance of numerous producers in EDM the unique style he produces is distinct and prominent through the use of soaring melodic synths and phat retro basslines. A huge passion for that progressive sound he truly has no bounds inspired by anything that enters his dimension of thought, he manages to convert it into something truly technical and limitless.A huge influence of this new age producer besides his Sega Megadrive has been trapping his mind into the world of Michael Cassette/ Proff/ Jaytech/ Electrobios to name a few, starting off as a bedroom DJ with no musical background, learned the hard way imprisoning himself within the confines of four walls and nothing but a computer and some iPod earphones...With appearances on labels such as Macarize, Neuroscience Deep, Nueva Digital, Decimal Lightness his unorthodox approach to music and the unconventional atmosphere's he creates have already left a mark in the progressive scene.