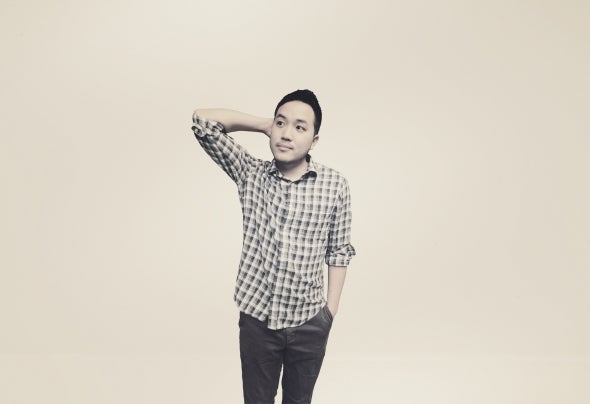 Born and raised in Taiwan, Gill Chang is a diverse producer who has gained an organic following on SoundCloud over the years. Gill's main influences include future bass and trap, but he works hard to go beyond genres in his music. He is currently based in Los Angeles. Gill Chang has had many releases and support from reputable labels and blogs such as Buygore, Big Beat Records, Run The Trap, Heroic, thissongissick, Mr Suicide Sheep, Nest HQ, Hegemon, Earmilk, Hot Damn., Ninety9lives, Aux London, EDM.com and Otodayo. He's gained popularity with his bootleg remixes of Chainsmoker's "Closer" and Flume's "Never Be Like You", which have hit over 5 mil and 1 mil SoundCloud streams respectively. In 2016, Gill landed an interview with Skrillex-owned media imprint Nest HQ, which resulted in a minimix that was featured on their network. He has also established himself in the music industry by crafting sample packs on splice.com that consistently rank within the Top 10 most downloaded packs. His sample pack in collaboration with josh pan charted the number one pack for 5 straight weeks. Gill started the new year by switching his focus to independant releases. He's taken on a personal challenge to work closely with vocalists and has since worked with Cimo Fra¨nkel, Sophie Meiers, Grand Khai, and Aviella Winder. His independent releases have been well-received and supported by popular music tastemakers such as Run The Trap, Earmilk, and Indie Shuffle. Gill Chang continues to create music he loves and hopes to reach a bigger stage with each new track