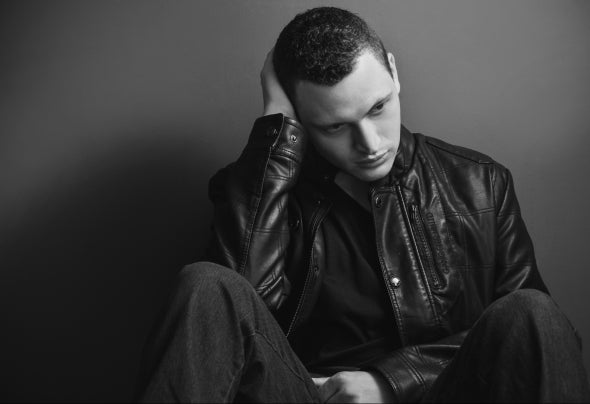 Born in southern Brazil on June 2, 1990. Aluiz Batista, also known as Luiz B, had his childhood marked by Dance Music through the influence of his brothers DJ's, who very soon realized your natural talent in the mixing, and led him to know the night.Began his professional career as a music producer withonly 13 years old, working with record companies, artists and popular musicians of his region. Participated in several radio and TV shows. His work led artists to receive gold and platinum records on national television, and have always been noted for the quality, versatility, originality and creativity.Aluiz created the name Luiz B in 2007 with the goal of bringing the EDM his productions on a more underground level. But even without a precise definition, your tracks flirted with Progressive, Electro, Minimal and Techno. But having the House as his greatest influence, and Trance as his true passion has always valued the groove and melodic side in his productions.In 2008, he began to officially release his tracks in the largest stores in the world of electronic music. Became involved with several national and international artists, and today his work is recognized and respected not only by the greatest DJs and producers in the world, but also by the fans who throughout his journey, were very supportive.This is exemplified by his releases are being constantly highlighted in the world's largest DJ and electronic music store: Beatport.com. His tracks reached the top of sales, are present on labels like Armada, Black Hole, Proton, Silk, Spring Tube, Baroque, Plusquam, Per- Vurt, Mistique, Istmo, Neuroscience, Energy BR, UC Music and many others. Performed by the biggest DJ's in the world at large events and radio shows, selected for charts, podcasts and numerous compilations by artists such as Armin Van Buuren, Dash Berlin, Above & Beyond, Gareth Emery, Paul Van Dyk, Ferry Corsten, Cosmic Gate , Bobina, DJ Feel, Roger Shah, Richard Durand, Moonbeam, Max Graham, Jaytech, Ruben De Ronde, Matt Darey, Solarstone, Luke Porter, Aeroplane, among others.Produced the remix of great success in Trance, ''Lost At Sea'' for the top DJ Matt Darey with Ashley Tomberlin on the vocals, which became one of the biggest hits of the English DJ, yet, Luiz B was the 1st Brazilian guest by Matt Darey for a guest mix on his famous radio show ''Nocturnal''. The remix of the track for Claes Rosen ''Into The Bloom'', proved the versatility of the producer. Released in another genre, pleased not only the lovers of Nu Disco, with supports from big names of the scene such as Aeroplane, but also had 100% approval of its followers from Progressive. Highlights and reviews on blogs and specialized sites like DJMag (UK), Award nomination in the category of Best DJ at Trance & Psy by DJ Sound Awards 2011 (BR), Are also part of their accomplis hments .