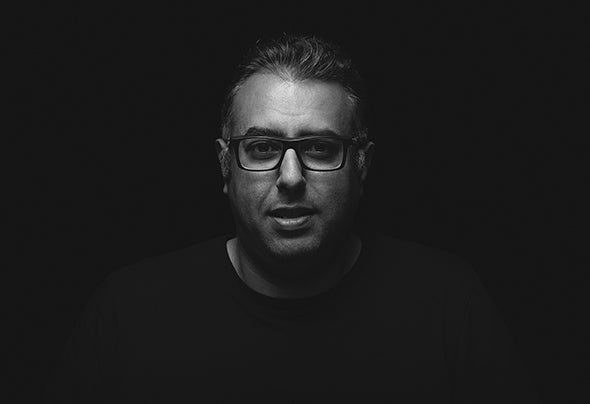 Hady launched his DJ career in 2002, when he began arranging his favorite tunes in mix sessions that became very popular among his friends and extended social networks. Due to the popularity of his mixes, he started hosting small parties, where he was enthusiastically received for his track selection skills. After a year of continuous gigs and club nights, he took his mixes to Nile FM, the biggest radio station in Egypt with FM, satellite and online broadcasts. His first appearance in 2004 brought his music to a wider audience and marked the beginning of a regular guest appearance on the station. In 2005, Hady played in the popular beaches and clubs in destinations like Cairo, Sharm El Sheikh and Agamy. He was also chosen by Heineken Thirst to play in their “Best 12 DJs in Egypt” series. On New Year’s Eve 2007, Hady was instrumental in the launch of “Bayfest,” the first electronic music festival in Egypt. He performed all three nights of the festival, sharing the stage with names like Aly & Fila, Matthew Dekay, James Lavelle, John Creamer, Paul Rogers, Shiloh, Snake Sedrick, Andrew K and Joyce Mercedes. In the next years, Hady was featured on leading online radio stations such as Proton Radio, Frisky Radio, Danceradio.gr and Ensonic Radio. He played bigger gigs where he shared the decks with diverse artists, including Nick Warren, Yves Larock, Scarlett Etienne, Rachael Starr, Jay Lumen, Rae and other renowned performers. In 2010, Hady began presenting the music that inspires him most on a regular monthly radio show on Ensonic Radio, which quickly gained in popularity and evolved into a sought-after online podcast. His first release, "The Beginning / Time With You" EP, came out the next year with Ensonic Digital. Supported by Paul Oakenfold, it received excellent feedback and reached number five in promo pools. With anticipated releases, local shows and international gigs to come in 2013.