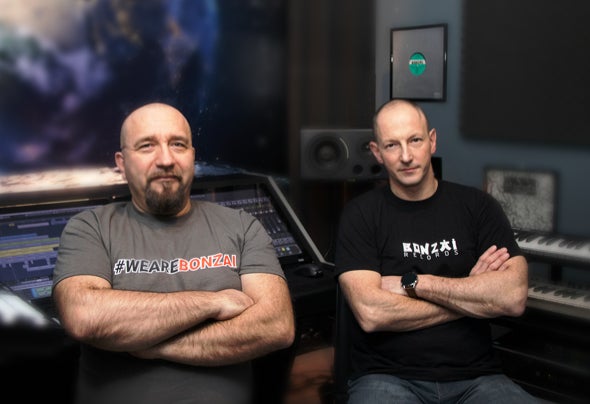 Cortex Thrill are Croatian electronic music pioneers Ivo T. Montina and Robert Grizilo. Since the early 90’s, and for more than 3 decades, they have championed their sound across Europe, gaining the affection of a nation and amassing an army of fans. Their style has evolved over the years, always finding new production techniques to squeeze out the most vibrant and dynamic sounds. Over 50 vinyl records and over 60 digital releases, including 3 studio albums, have kept them firmly on the minds of many within the scene. They have also performed at events all over Europe such as the Bonzai Parties, Loveparade, Legacy Festival, Unite Parade, Sonic Beach, Radio Sunshine and many more. Their 30th anniversary album titled 3.0, won them the prestigious Ambasador award in Croatia for Best Contemporary Electronic Music Album. CT struck a successful relationship with Bonzai Records in 1994, several releases followed which caused an energy surge on the dance floors. Their tracks had been selected for Tiesto’s Forbidden Paradise compilations and they had a remix on Jones & Stephenson’s Third Rebirth. Throughout the late 90’s and into the new millennium, CT appeared on many labels and they formed many partnerships, working with the likes of Petar Dundov, Michael Burkat, Marco Bailey, Funk D’ Void... By 2016, they returned to Bonzai Rec. /Bonzai Progressive, where they released a slew of top-notch releases with remixes from the likes of DJ Fire, Manu Riga, Thorin Van Gelden, Audiostorm and more. They are constantly developing their sound, so it’s always worth keeping an eye on Cortex Thrill.