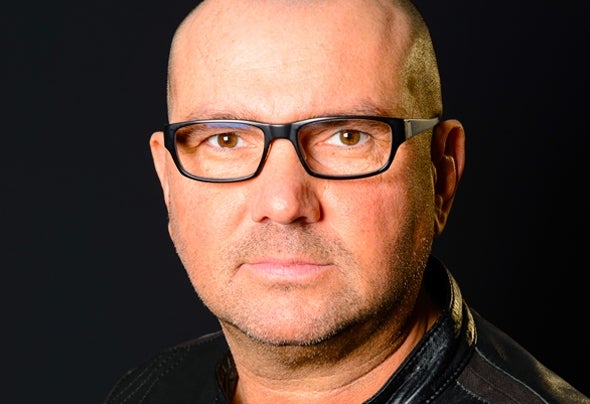 Yves Deruyter started his DJ career in 1985 and played in famous Belgian clubs such as Globe, Barocci, Cherrymoon, Extreme, Carat, BBC, La Rocca and many more. In 1991 he started producing and his rst single “Animals”, released on Bonzeai Records, became a big club hit in Belgium. The success of his rst track led to DJ-gigs at all the big rave parties such as May Day, Energy, Love Parade, Street Parade, Nature One, Trance Energy, Mysteryland, Inner City, Sensation Black, Dance Valley, Groundzero, Frequence, Decibel Outdoor, Defcon, Gatecrasher, Ilove Techno, Antwerp is burning, City Parade, Tomorrowland, ... As a very hard working DJ, Yves Deruyter regularly travels Europe where he is in high demand for his DJ skills. As a born entertainer his vision of his future in music is and will always be, making music for the people. With new studio work on the way Yves’ releases are highly anticipated by his fans and followers. Yves back catalogue can be found on many good download stores.