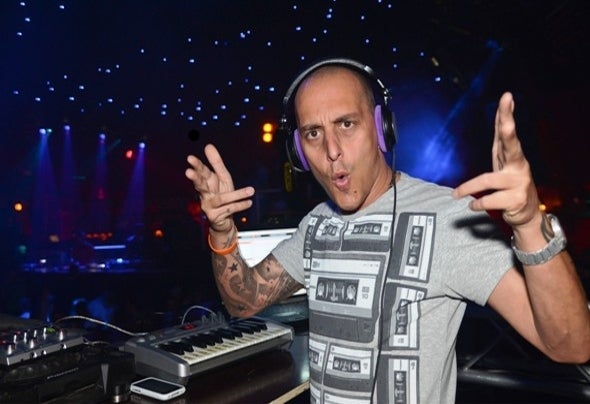 DJ FURAX play In 1992, he began his career as a techno DJ, he produced over 150 singles and in 2007 he became the first Belgian to become resident DJ at Paris. Three years later, he directs his productions to a style Dirty House, Electro while remaining true to himself. Influenced by Crookers, Dr Lektroluv, Hatira ... Far from being locked into one style, Furax has taken in recent years more Electro music orientation. His big hit Orgus has 1 604 975 youtubeInitially under the pseudonym "Xaruf" then recently under its original name Furax. To demonstrate his new album Dance flora in Belgium.It brings to date more than 58,000 fans on Facebook and remains in the top of the Belgian DJ for 10 years!DJ Furax occurs in the biggest festivals and clubs in Belgium, France, Spain and Holland (Mysteryland, Defgon, Bassleader, Qlimax, Q- Base, City Parade, Summer Festival, pussy lounge, Reverze ...) where it mixes with alongside the greatest of the electronic scene: Tiesto, David Guetta, Martin Solveig, Benny Benassi, Mark Acardipane, Carl Cox, Yves Deruyter, and many others.DJ Furax 2012 begins this year on a bang with the launch of the record label "Da Records" in collaboration with Dimitri Delecaut (Manager of DJ Daddy K, DJ Furax,DJ Joss ...). This record label will take care to produce, edit and distribute recordings of young & talented artists of his new productions and collaborations with different artists. Music is no Dead ! http://www.darecords.com