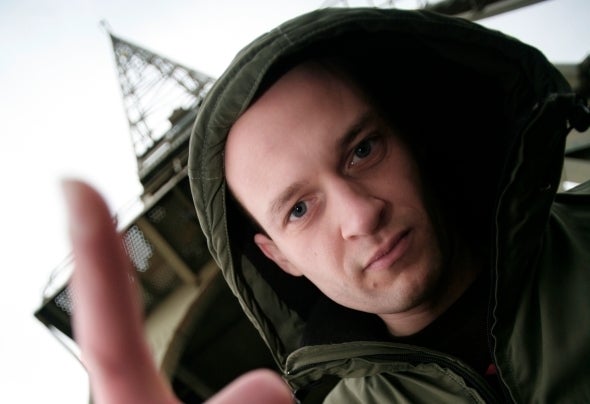 Q-ic (Luc Byltiauw), active as DJ and producer since 1996, released his first record in 2000 on the Drought label (Sativae recordings, uk). The real breakthrough followed after his booty remix of ‘I Found You’, on the Belgian Pocket label (N.E.W.S.) in 2003. Before his career as DJ - producer, Q-ic worked as sound- engineer. At the age of 16, he was a regular sound- engineer for different bands, and from 1992 until 1996 he mixed more than 400 live-performances! He combined this job with his studies into 'Audio-Visual Art' and after his graduation he followed higher education into 'Cinematography' in Brussels. From 1998 until 2003, Q-ic was the driving force behind Creation Tecnologiq, known for their infamous ‘AQUA’ parties. Bringing several DJ’s for the first time to Belgium, made them the founders of a new techno movement in Antwerp. During this period, Q-ic met Axel Stephenson, the guy who recorded legendary tracks like "The first rebirth" and "Love is an ocean". After a year of studio-work, this duo presented their innovating new sound which has been picked up by the majors Virgin and Universal Music! Releases on several renowned labels such Polydor (Universal), Pocket (N.E.W.S), Drought, Horspielmusik, Ghoststyle, Reaktion, ... followed rapidly. In the period from 2004 until 2008, Q-ic claims his place between the Belgian Top DJ's by co-producing some of the biggest names in the techno & jump scene. He releases tracks with Marco Remus (DE), DJ Bam Bam (USA), CJ Bolland, Kamikaze & Mr. Eyez (USA), DJ Ghost, Lethal MG, Coone, Ronald-V, Chicago Zone and many others. This results in several hit releases such as Punk shock, Musique, Fortunate beats, Desire go higher, No Flash, ... and his unique innovating sound becomes Q-ic's trademark. In 4 years Q-ic appears on more than 300 compilat ions and he mixes t he compilat ion CD's of some of the biggest events such as Reverze, Deqon1, Bassleader, Complex, ... Q-ic travels around Europe and he plays at all the major festivals and events such as I Love Techno, Love Parade, Nature One, Defqon1, Ruhr in Love, City Parade, Decibel Outdoor, Hardbass, Frequence Festival, Reverze, Bassleader, Emporium, ... Beside his guest performances, Q-ic playes every Saturday as resident DJ at club Complex. In 2009, Q-ic becomes A&R manager at Zoo Records and he starts up his own publishing house called 'Q-ic Music'. To support the new generation producers in the tek- and jumpstyle scene, Q-ic makes 2 new sublabels at Zoo Records: “Fanatix” & “Sur+”. In this way Zoo Records will represent all harder styles. If you would ask Q-ic to define his DJ sets or productions in one word, it would be: diversity! He does not want to limit himself to one style; therefore he integrates his specific sound into different musical genres. Q-ic performed extensively in Europe playing jumstyle, French tek & techno sounds.