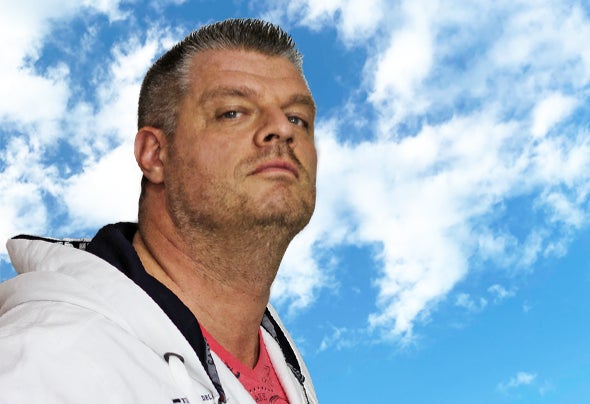 Blutonium Boy is a german Hardstyle and Electro House (EDM) producer/label owner. Since 1993 he has become one of the most respected Hard Dance and EDM DJs/producer in the world with more than 300 releases on his legendary label Blutonium Records, and over twenty-five chart entries in several countries with his compilation row “Blutonium Presents: Hardstyle (EMI)”. He is also regarded as the "Godfather of Hardstyle " by many sources. Since 2003, he has collaborated with artists like Bonnie Tyler, Ferry Corsten, Eric Bazilian (The Hooters), Haddaway, Headhunterz, John Ferris,Yoji Biomehanika and several others. He has been featured on almost all major international events around the globe and has performed for companies like Insomniac, ID&T, Q-Dance, Ministry Of Sound, Art of Dance, UDC and many more. He has traveled the world visiting all major events for more than twenty years. There is no major metropolitan city left where Blutonium Boy has not performed and taken over the crowd by storm. Music is and will always be his first love. Because of his hard work and dedication, it is safe to say that he is responsible for a huge part in the development of the international Dance/EDM and Hardstyle music scene. In 2014, Blutonium Boy officially announced that he would take a break from DJ-ing, to focus fully on his studio work.