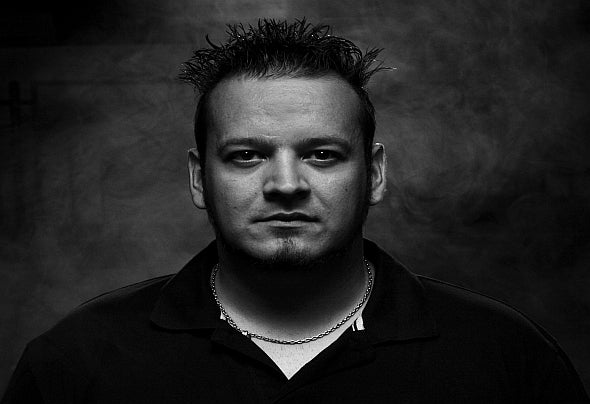 Alexander Frank aka DJ MinuPren , born in Kaiserslautern (germany) on february the 9th , was inspired in young years with some kind of techno music by his mother. Alwys looking for something extreme he started spending his pocket money for hardcore CDs like thunderdome.... When he found the United Schranz Board (www.unitedsb.de) in spring 2001 and first time met DJ Amok he was really embrassed by his music and started to make his own sounds , in his own thinking about hard techno. In 2002 MinuPren started producing with Chris HighHat , the best producing partner a MinuPren could get. Everything seemed to fit together. So they produced night for night and went through the clubs all over Germany to get inspired for their work together. Finally in 2004 they had their first release on the label Crowbar Records , owned by DJ Amok and after that there was Highball Music that gave these 2 crazy youngsters their own EP called "DJ MinuPren vs. Chris HighHat - Der Ost West Konflikt". More to follow in 2005 ;-) MinuPren..s music is not easy to describe. Sometimes its hardtechno , sometimes break , hardcore or anything else... But one thing is always the same : "Its crazy an it has it..s own flair".And when he is spinning on a party you never know what happens next. Even this makes his crazy style impossible to copy. In 2007 MinuPren started his own Label called "Hells Bangers" wich is the result of the work with buddy P.Styles and their same-named project as DJ Team on 4 turntables and 2mixers. When he takes a review today , MinuPren can look back to over 15 Releases on well known German and international Labels. Also with his career as DJ and Liveact , he built his very own fanbase in Germany and Europe. Time to lay down some serious sound!!!