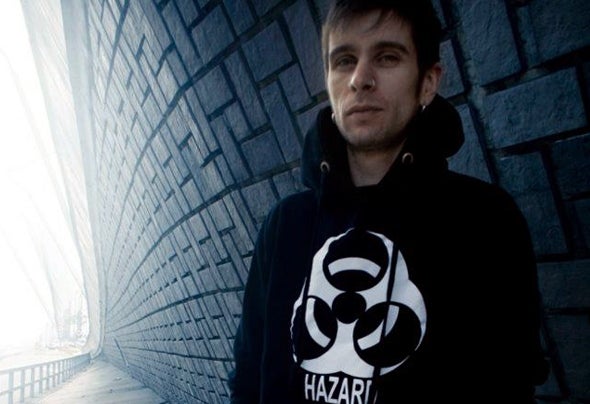 Producing electronic music since 2002 exploring other styles, Droidbeatz was born in 2008. The search for new, more aggressive and violent sounds was what triggered the beginning of this project. A fusion of Techno with Hardcore and many industrial influences is what best defines this type of music. Droidbeatz has become more known within the world of Hardtechno for having a unique and very aggressive style of sound. He has done serious damage in labels like: Datablender Records, Elementz Records, Destruction Records, Fatalic Resignation Records, Sound Diabolic Records, Devils Rejects Records, Blaze Records, Disturbed Records, among others. Over the time he has been increasingly improving his style and musical quality, so it is expected a great project and a name to be considered now and in the future. With their musical projects have visited countries such as: Germany, South Africa, Spain, England, Finland, Portugal and for the first time Latinoamerica. Droidbeatz shared stage with some well recognized artists like: Viper XXL, Scott Kemix, Hardtrax, Jackhamma, Leo Laker, Greg Nottil, Noizbar, Vitalis Persohna, Jan Fleck.