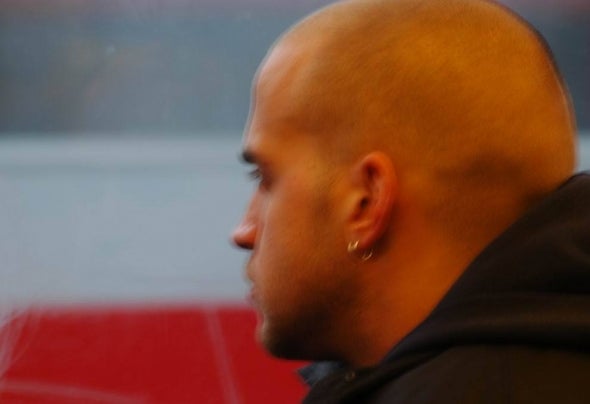 born 26.02.1982 in Dormagen, he startet to producing trance from '96 to 1999, coming to real techno at 1999 through the track "chris liebing - new beginnings", startet 2000 to produce tracks digital improvising with fruityloops. loving the crunshed and disorted style from schranz. he is one of the founding members from one of the biggest hardtechno boards on the internet (unitedsb.de, 2000). learning and teaching names like sven wittekind and dj amok, the most people (luckily) missunderstood his mastering as it was "real analog". he was the winner of a monthly contest on mp3.de, but never get the price. 2001 he was invited to play live at a private birthday party, where he starts to improvising and building new tracks live and on the fly. so a long time he was the only one, who actet digital 'real' live. he proofed this style in clubs like butan, taucher, pulp mansion, sause, depot, ruhr in love and other events. 2003 it comesto the first 12" on Jerkbox (by andreas seibel aka frakmatik). this ep was voted as the ep of the month, in the german technoscene magazine "raveline". from this point he released many tracks in many styles on 34 different labels, where he has very often the starterrelease. 2013 his track "ride kat" was voted to play on german tv in the series "space night". today he can produce quite every style of electronical music, and is owner from the label renamed.