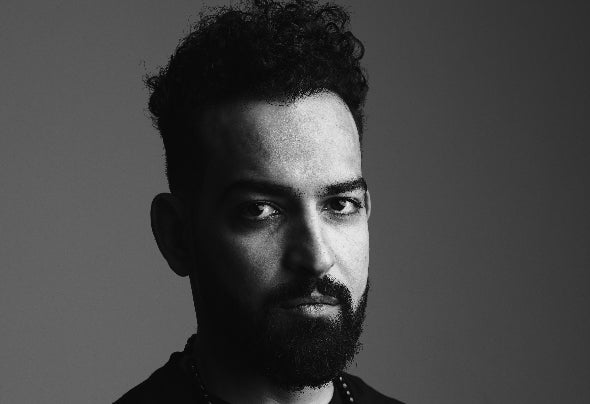 Egyptian DJ\producer based in Zürich, Switzerland Sahaf has been DJing since he was 16 years old. To Sahaf music meant Hip Hop, RNB and House, until he discovered Techno and was determined on perusing his dream of being a DJ\Producer ever since. Sahaf played in 2005 as a Resident Club DJ at Tota Dance Bar, located in one of the most popular tourism nightspots in Dahab, Egypt. He also played as an international guest in well known Swiss clubs like OXA Zürich, Härterei and Tunnel Luzern and more. He released his first Techno track 'Stranger In This Town' in 2012 on the Bulgarian "Renesanz" label owned by Balthazar & Jackrock . In May 2013 "Markus Schulz" picked Sahaf's track 'Dark Canyon' which was released on Renesanz Records into his Markus Schulz – Global DJ Broadcast Top 20. He also made a remix in 2014 for the famous Ukrainian techno Djane Marika Rossa that hit Beatport's top charts. As well as his productions got released on labels such as DSR Digital, Natura Viva, Egothermia and many more to follow.