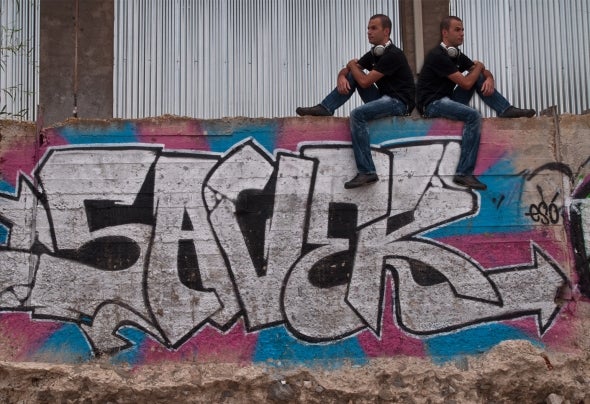 Tom SPL was born in the middle of autumn 1985 as Thomas Batki. His love for music could be linked to some time in the mid-90's.After a quick count you can guess that the Dj from Budapest, already in the lower branch tended towards the world of tones and beats, with his paranormal feelings.At this time his maniac was satisfied with the tireless collecting of cassette's: he was looking for those kinds of musics wich he could really let himself go, move to, and sitting with his friend's just simply concentrating and letting himself over to the music. He shortly discovered wich are those beats, styles, sounds wich he could do these with. He starts collecting crazily.This era quickly gets replaced by the CD, Mp3, and the good musics and something totally different.He was also, -as we could say everybody- took by the „bad company" wich brought him t o t he good: At t he millenium the sound of techno greatly beat sin the heart of the capital.Nicely and slowly the wave takes him: he gets inside the walls of Complex, wich was a fatal effect on him. At this time he views the process from the other side, he enjoys the music, the lights, the established culture just untill he notices his mission is no other than: „the techno is not a genre, it's a lifestyle, feeling of life's And indeed.Tom was not bound by nothing else just the tight rates, the quality sound and the screaming people. He raves the sets of Chris Liebing, Speedy J., Christian Varela, Eric Sneo, Umek, The Advent, and Hardcell and Grindvik ( just so we really just mention those who really had a major impact on him and his work of music.)Around 2005 he almost explodes, he starts to feel , that he could add something to these evenings.In 2006 his first music finally creeps out of the speakers.The complexity and his sound find alot of likes of people, and he gets plenty of encouragement so at last.Listening to some common mixes the members decide right away to have amongst themselves Thomas, blessed with an extraordinary taste.Thus, from the summer 2007 he is full member of the crew, he plays widely: his Number one priority will always be the techno and it's branches, but it must be associated with minimal, house, and rarely even the slightly slower or faster melodies.