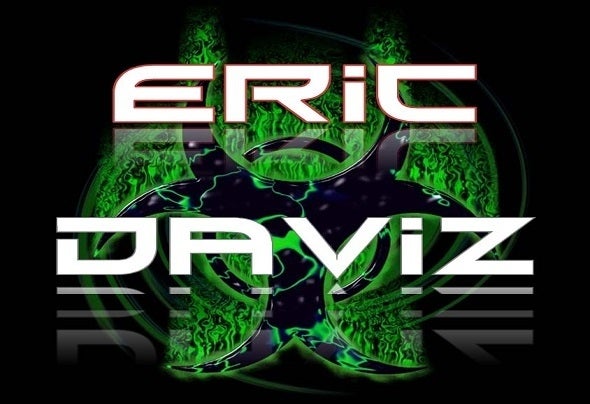 Eric Daviz aka Xoundation was founded in December 2011The first time he acquainted with music as techno, is almost a 1⁄4 century ago.The newcomer, who likes to declare themselves as an Old- school Revoluzer, has started in early December 2011 a career as a DJ and in January 2013 a career as a Producer. Right in December 2011 and for the first time in his life he took part at a DJ contest on Facebook by "Still Awake Mulu Mulu" from the Lake Constance, and made it to the finals. So he had his first Gig ever on 30/12/2011 in the Club Opal in Lochau at Lake Constance and achieved the third place.An unbelievable and absolute outstanding start.In January 2012, almost immediately afterwards, coincidentally also on his birthday to 25/01/2012, he rocked the hut by the dance tribe in the U-Bar from the famous and over the boarders well know Club ́s U60311 in Frankfurt am Main. On the 9th of March 2012 he has won second place in a DJ contest on Facebook with DJ Kaya on the Progressive Channel at RauteMusik.FM.In August 2012 he joined a DJ Contest from the Monza-Club in Frankfurt am Main, where the winner could play at the Monza Stage on the famous "Museumsufer-Fest", he made a respectable 4th Place.And on the 29th of March 2012, he had his first Gig at the Bar99 (formerly known as Vinylbar). His next Gigs there were at the 21st of June + 6th of september.2012.So in the first 12 months of being a DJ he joined 9 DJ Contests and made it 6 times to the top 4, 1x 2nd Place, 3x 3rd Place and 2x 4th Place. In March 2012 he performed his first 3 ongoing Gigs at the Bar99, where the people going nuts .So it ́s quite impressive and very enviably to start so successful, awesome and powerful into a carrier as a DJ and Producer, that ́s just speak for themselves and simply needs no further words.On the 20th of October Eric Daviz had finally his first booking and not from some Club, it was the over the Boarders well known Club, based in the middle of Frankfurt am Main, the famous U60311. T here he performed by the Event "We are U60311 meets Next Generation" at Saturday the 20th of October from 23:00-01:00 on the main floor in the big Club.In November he joined a DJ Contest from the Butan Club in Wuppertal and made it again to the final round. So he will have his next Gig there at the 14th of December, and fight for the win with extraterrestrial Sounds.In 2013, he spent nearly every minute of his free time to learn how to produce electronic dance music. Intensive learning, hard work and ambition could already pay off in 2014 by release his first self-produced tracks. It ́s just so indescribable and really much earlier than he selves expected.And at the 24th of June 2014, he had 8 incredible and unbelievable Tracks at different Labels already under contract for release in 2014.His motto is to bring the people, with paralyzing, traveling and driving sounds a smile back on their faces.Profile Image (590w x 404h)