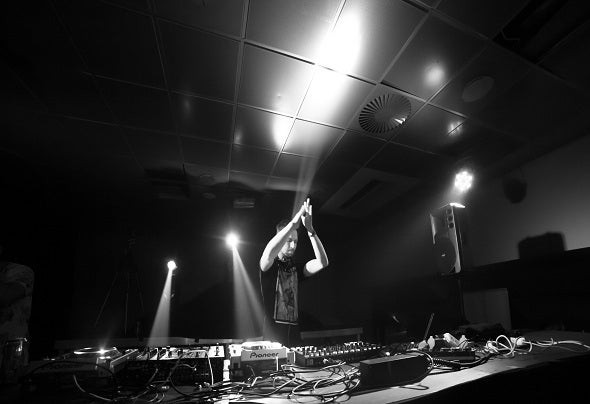 To begin producing at the age of 26, you could say Stuart was a late starter – but he is well on his way to making up for lost time. Going from strength to strength, he is now releasing on a number of well-respected labels – including Techburst Records, Hydraulix, Electrovino Records, Elektrax, Eclipse Recordings, Ausnahmezustand and Darker Sounds.Anyone familiar with the Beatport Hard Techno Chart will know Darmec well, with his tracks consistently making the top 10 - including no less than 9 number 1 hits. He also reached the top spot of the release chart with his first album ‘Direction Of Complexity’ released on Naughty Pills Records.Stuart has also proven his hand as a remixer, with his remixes of tracks by Mark Sherry, Gene Karz and Dandi & Ugo proving particularly popular.Taking another step forward, he launched his own record label 'Blue Monkey Records' in June 2017 and has already seen some success in the Beatport charts.Notable landmarks have come along the way for Darmec, none less than having his tracks played by the likes of UMEK, Deadmau5, Sander Van Doorn, Eddie Halliwell, Spartaque & Mark Sherry, and also the somewhat unexpected support of Martin Gore of Depeche Mode, who played the track ‘Fashion’ in his warm-up DJ set on their Delta Machine Tour 2013/2014 to packed out stadiums around the world.Darmec is now making his name on the DJ circuit and relishing the opportunity to play his tunes to live audiences. Delivering his brand of high-energy techno to crowds in countries such as Germany, Canada, Netherlands, Switzerland, Lithuania, Slovakia and the UK; Darmec is gradually growing into a prominent figure in the techno scene.