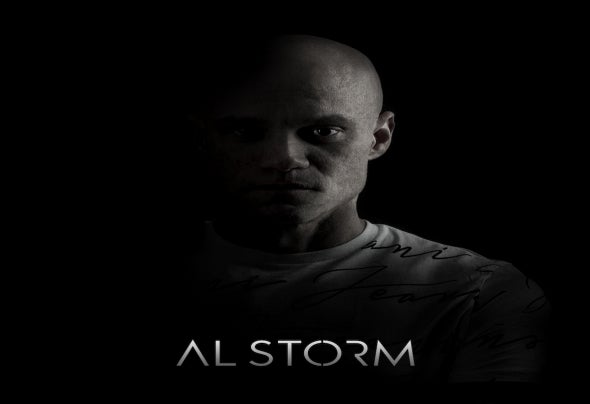 Originating from the early Nineties Rave scene, and known for his pioneering sound encapsulating a broad range of musical influences, Al Storm (amongst his many aliases), has amassed an extensive and highly eclectic production and remix biography over the last 25 years, covering almost every shade of the dance music spectrum. The list of artists he’s collaborated with, engineered for, or who have employed him to officially remix their work, is as varied as his discography. The likes of The Prodigy, Xilent, Cascada, Liquid, Kutski & Dizzee Rascal, through to Rave Originators, Ellis Dee, DJ Rap, Ratpack, Slipmatt & DJ Seduction are just a few of the headline acts with whom he has worked. In 2009 he signed to the iconic ‘Raver Baby’ label, cementing his status in Hardcore history, and shortly after he won a much coveted ‘Hardcore Heaven Award’ at Westfest in recognition of his work.Along with countless vinyl singles, numerous mainstream and underground compilation appearances, Radio 1 guest mixes, and features on genre-defining (and platinum selling) albums such as ‘Bonkers’ & ‘Clubland’, he has also mixed over 15 compilations as a DJ himself.Away from Hardcore, Al Storm’s versatility has also seen him appear on respected “bass music” labels such as Sub Slayers, Passenger Records, & DJ Rap’s Propa Talent (under his Eat Rave and Black & White pseudonyms), and later he had the honour of mixing a volume in the iconic series of Breaks compilations ‘Breakbeat Bass’ for Aquasky’s Passenger Imprint, before signing to 'Simon 'Bassline' Smith's huge Technique Recordings in 20162018, and the artist formerly known as Deadman (and many other names besides), has now killed off all of his other aliases to work solely under the ‘Al Storm’ moniker. Under the management and guidance of Technique for his D&B productions, you can expect a heavy onslaught of his unique, Jungle & Classic Rave edged take on Drum & Bass tearing up raves & festivals around the globe.