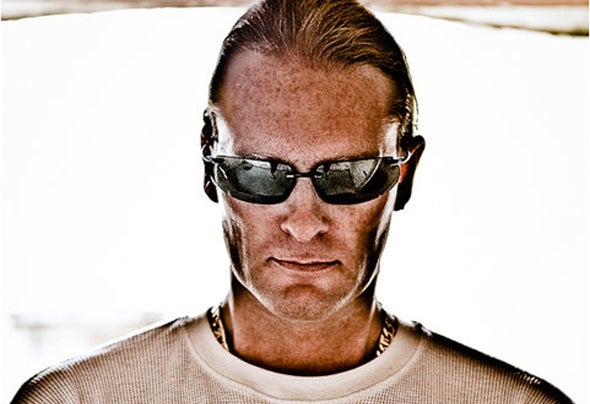 After leaving school in 1990, Scott went on to study Physics in his home city of Glasgow. It didn't take long before he was spending his University money on Synths and writing Rave music in his bedroom at home. It was only after submitting a demo tape to 23rd Precinct Records in Glasgow, that Scott got his first break under the name Q-Tex.From that day, Scott started producing Rave and Hardcore for various labels such as Shoop! & Bass Generator, before going on to start his own labels Evolution Records & Twisted Vinyl. By 1994 Scott had a string of underground hits such as Bass Reaction 'Technophobia' Massive 'Dansatak' Bass-X 'Hardcore Disco', Q-Tex 'Power of Love' & 'Now is the time'. During this period he also started writing for legendary labels such as Rotterdam Records, Dwarf, Mokum, Babyboom, H2OH and many others.In the late 90's, Scott concentrated on his main label 'Evolution' and came up with the hardcore rave classic 'Elysium'. This track paved the way for the rebirth of UK hardcore in 2000 and the subsequent release of some of his monsters such as 'Neckbreaker' 'Commence' and the classic 'Boomstick'. It was around this time he started mixing for the BONKERS compilations as well as doing his own compilation 'Hardwired' on Evolution. His popularity in Holland grew as he worked more with DJ Neophyte, releasing many records on the label of the same name, as well as compiling the 'HARDCORE' series of compilations in the UK. In 2003 Scott became the first DJ in hardcore history to win 'Best DJ' at the Hardcore Heaven awards.Since then, Scott has gone on to play every major event in the world, as well as continuing to write & remix for Evolution and countless other labels. He's also worked with some of the biggest names in the game such as Paul Elstak, Brisk, Neophyte, Hixxy, Al Storm, Weaver, JT S and many more. His influence continues to run deep in the veins of the hardcore s cene.Scott currently still runs and writes for his label Evolution, as well as playing all over the world.