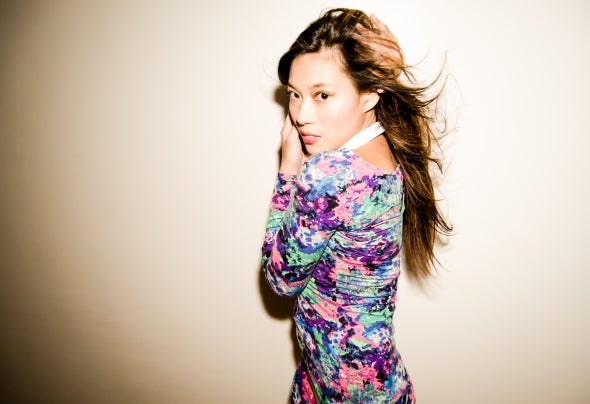 Katsy Lee has loved electronic dance music for as long as she could proclaim her passion for a genre. She recalls sitting still and wide-eyed as she heard The Chemical Brothers’ “Hey Boy Hey Girl” on MTV at age ten. Dance music – heady, impassioned and inspiring - led her down paths that would never go the same way again. She sought to express her love for music in dance and in writing, blogging about albums and publishing poetry inspired by dance music. As an artist, the call to express her passion for music through DJing was inevitable. Introduced to the world behind the decks in 2006 by DJ Miguel Dado, she learned the basics of DJing from Pioneer Philippines DJ Champion & producer Funk Avy. In 2010, she became a student of Pioneer Pro DJ Long Mix Champion Mark Nicosia. Katsy Lee took to the decks of Manila with The Wildlife, a group of young, passionate DJs & producers armed with a vision to push diversity in the scene. She joined various DJ competitions, including the Spin City battle at TIME in Manila in 2011, where she placed first. In 2012, coincidentally following in the footsteps of her teachers, Katsy Lee became the youngest and first female DJ to win the Pioneer Philippines Digital DJ Battle, representing her country in the regional finals. She placed 4th in the Asia-Pacific. Katsy Lee has played venues across the Philippines, Asia and Middle East, from Hong Kong to Dubai, from Thailand and Malaysia to the Maldives. She is a member of Malaysia's Groove Nation, an official Asia-Pacific representative of Ministry of Sound, Hed Kandi and Sushi Records. Katsy is also currently one of the faculty at Bounce Electronic Music and DJ School, one of Manila's foremost DJ schools. For Katsy, music inspires the soul, and a night out illuminates and opens worlds of imagination and possibility. ‘Never Be Ordinary’! :)