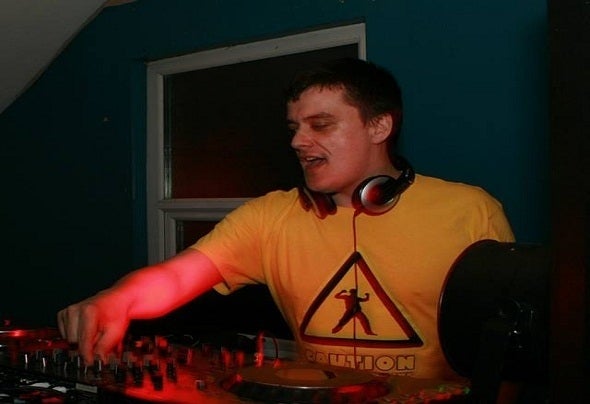 General Bounce is Dave Gray, a Liversedge based multi-genre DJ and producer known across the UK. He first began DJing in clubs in 2001 as a speed garage and house DJ, but later became known on the hard dance scene for his widely-influenced DJ sets, combining everything from pumping house, trance and banging hard house. Dave's reputation grew further after playing at bounce clubs such as Wigan Pier and Doncaster Warehouse, while continuing to play at hard house events such as Parlez Vous in Bradford and Shock in Wakefield. In 2010 Dave was signed to Cheeky Tracks as a DJ & producer, and after performing at some of its most prestigious events such as the Tidy Weekender, Rave On, BTID, Xstatic, Storm and Sundissential, his place in the hard dance scene was firmly established. But rather than choosing to stay focused on one genre, Dave's passion for all forms of dance music earned him a residency at Void Afterhours in Manchester's gay village. From 2014 to 2020 he spent most Sunday mornings playing 3-4 hour sets of funky house, disco, tech and hard house, and even played the final set there when the club closed for good. Since taking up production in 2006 Dave has produced over 45 tracks which been supported by BK, Technikal, Andy Whitby, Anne Savage, Amber D and Cally Gage. He's also received airplay on BBC Radio 1, and recently remixed the new single by Clubland legends Micky Modelle and Friday Night Posse. Dave became the owner of Cheeky Tracks in 2015 after 3 years as co-manager. It's since grown to be one of the biggest selling and most respected independent hard dance labels, with 15 Mixmag Hard Dance Tune Of The Month awards in 5 years. Despite his years of experience, in 2019 Dave completed a 3 month course with the Lisa Lashes School Of Music as a student, mentored by his dance music idols inclubing his all time favourite DJ Rob Tissera, who described him as “a fantastic DJ... easy to say he’s one of the best – he’s a real pleasure to work with".