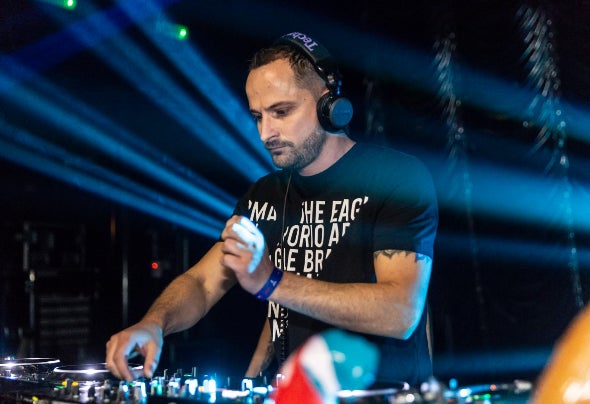 Wayne Smart is widely regarded as one of the most promising and versatile artists to emerge from the harder end of the scene in the last five years. He is better known for the seamless mixing and relentless late sets that he has unleashed on crowds at London's mighty Frantic, where he not only is a resident, but Co-Label Manager. Wayne also manages Encoded. Wayne has also worked with some of the most influential producers in the scene, including BK, James Nardi, Dom Sweeten (Defective Audio, Base Graffiti, OD404) and Dave Owens (Munkjack, Curve Pusher, D.F.O), all of whom he has Top 10 releases with, most recently with Disturbed Nation's brother from another mother, James Nardi with their collab and 100th Twist Trax release, 'Eternally'. His gigs to date include:Tour of New Zealand and Australia, Frantic, Awsum, Xstatic, Twist, Tasty, Hi Oktane, Tidy Weekender, Vamp, Hook'd, Concept, Convergence, Glow Ball. Quote By Lucy Fur: Wayne's energetic sets, pitch perfect mixing and driving sound has made him in my top 3 DJ's of the past 5 years. I never missed a Smartie set at home ever. His technical ability to mix is literally like the turntables are an extention of his arms. And we love the POP! That pop. I have played many times b2b with Wayne and all have been so enjoyable x Every production he does is my favourite type of HH. Label manager and resident for both Encoded NRG and Frantic UK have seen him play some of the biggest stages at home. Some of my fav ever sets at the Tidy Weekenders have been Wayne's. Tune after tune, 'Frantic', 'Bad To The Bone', 'ibass' and remixes like '999 Matrix Red Pill' and 'Beat Of The Drum' have been hammered by all the biggest names in the industry and appeared on countless albums. Wayne's 'It's My Pussy' I have decided is my favourite HH tune EVER. I could go on and on, but will leave it there! Absolutely made up this is happening! Love you Smartie xx