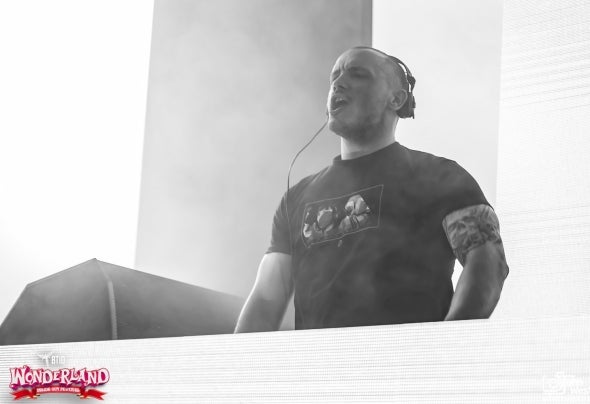 He may be best known on the bounce scene in the Northwest of England, but Liverpool DJ/producer Phill Critchley, AKA Groove Control, has achieved things many of his peers can only dream of. Since starting out as a duo back in 2008 with fellow producer Mark Waldron, then relaunching as a solo act in 2012, he has gone from the backstreet sweatboxes of the North to performing at massive events in the UK & beyond, such as the Tidy Weekender, Bounce Till I Die (in the UK & Europe), Dcibelia & Skamner in Spain and the legendary Pumpingland in Poland. His tracks also received airplay on BBC Radio 1 and Clubland TV! Since joining the Cheeky Tracks label in 2013, he has scored several download store #1 hits, mixed the rst Cheeky Tracks CD album, worked with Technikal, Energy Syndicate & Digital Maa, and been supported hugely by the biggest hard dance acts, from Rob Tissera, Andy Whitby & Lisa Pin Up, to Rodi Style and legendary duo Lab 4! Key to his success has been creating his own unique take on the bouncy hard dance sound, combining elements of all the current dance trends of the time. It's this constant evolution of his sound that has led him to become the hottest name on the UK bounce & hard dance scene - in 2018 he topped the hard dance & hard house charts on several download stores, and twice received the Hard Dance Tune Of The Month accolade in Mixmag! With his success reaching new heights all the time.